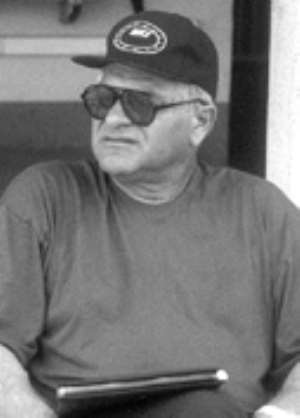 Belgrade (dpa) - Milan Zivadinovic, who resigned as Ghana's football coach after just four months, said he had to leave because the African nation's football authorities ``virtually tied'' his hands, Belgrade newspapers reported Thursday. ``The leading people of the Ghana football federation turned down my explicit request to bring in several of their stars playing for European clubs,'' the Yugoslav told the Vecernje Novosti daily. In a statement to the daily Nacional, he denied reports that he fled Accra with 75,000 dollars, the equivalent of three-months' salary. ``They love football ... 30,000 people were coming to watch the national team train, but people who run the sport there haven't learned basic lessons yet,'' Zivadinovic complained. The Ghana Football Association announced on Tuesday of this week that Zivadinovic has faxed his resignation from Belgrade after leaving without permission. The abrupt resignation has forced the GFA to make makeshift arrangements for their African Cup of Nations qualifier against Rwanda in less than one month, after losing 0-1 to Uganda in their opening match. The GFA has appointed Emmanuel Afranie, Technical Director of the Ministry of Youth and Sports, to handle the team in the interim.