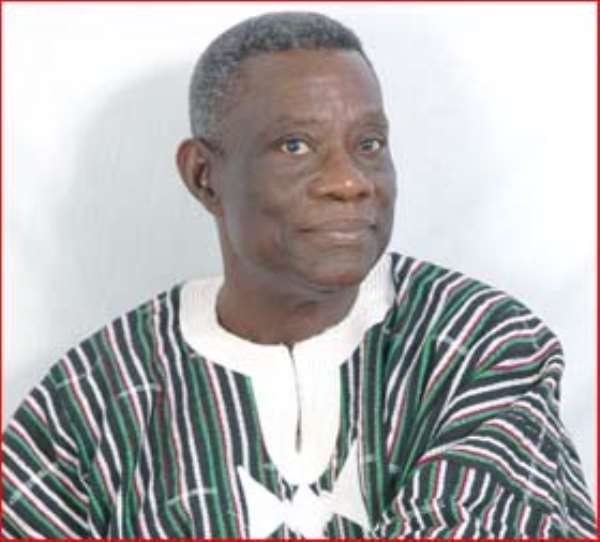 President John Evans Atta Mills on Monday inaugurated a nine-member Constitutional Review Commission, to review the current 1992 Ghana Constitution, with a call on them to be impartial in their deliberations.

He observed that even though Government had to undertake the review, the Commission did not represent either the ruling National Democratic Congress (NDC), or its views but a cross-section of Ghanaians, for the benefit of the people.

The Commission would operate as a quasi-judicial body for 12 months and not more than 18 months.

It is under the chairmanship of Professor Albert Fiadjoe, an Emeritus Professor of Law at the University of West Indies.

With the exception of Naa Iddrisu Abu Kumbum Naa, Paramount Chief of Kumbungu, who would be sworn in later, all the other members were sworn into office.

Establishment of the Commission is in redemption of a pledge by President Mills in his first sessional address to Parliament last year, that government would initiate a process for constitutional review to reflect the current demands of governance.

It would ascertain from the people of Ghana, their views on the operation of the 1992 Fourth Republican Constitution, and in particular its strengths and weaknesses, articulate the concerns of the people on amendments that might be required for a comprehensive review and make recommendations to government for consideration and provide a draft bill for possible amendments to the Constitution.

The Commission may co-opt the services of persons it considers suitable for the effective and efficient performance of its functions, while President Mills    may assign public officers to assist the Commission.

President Mills observed that the almost 20-year-old Constitution needed a review, which would reflect views of the people to meet the aspirations and expectations of Ghanaians for efficient democratic governance.

He thanked the members for accepting the onerous and sacrificial assignment and expressed the hope that they would deliver the assignment with all the needed seriousness.

President Mills assured them of government's support and co-operation to undertake a satisfactory work for all Ghanaians.

Prof. Fidajoe said the Commission was mindful of their assignment that could shape the destiny and future direction of Ghana for the future.

He noted that some of the viewpoints would corroborate while others would contradict view points in the present Constitution, however, they would provide a fair opportunity and a transparent platform to anyone who wished to make representations.

“We shall listen with great care and attention to what the people wish us to hear. The legitimate expectation we have is that at the end of the review it would advance the cohesion and unity of the nation,” Prof. Fiadjoe said.

About 40 proposed amendments include a review of the powers of the Executive President, process of tabling and passing of private members bill in Parliament, decoupling the position of Attorney General and Minister of Justice, election of Metropolitan, Municipal and District Chief Executives and a change of the date for conducting Presidential and Parliamentary Elections in the country.