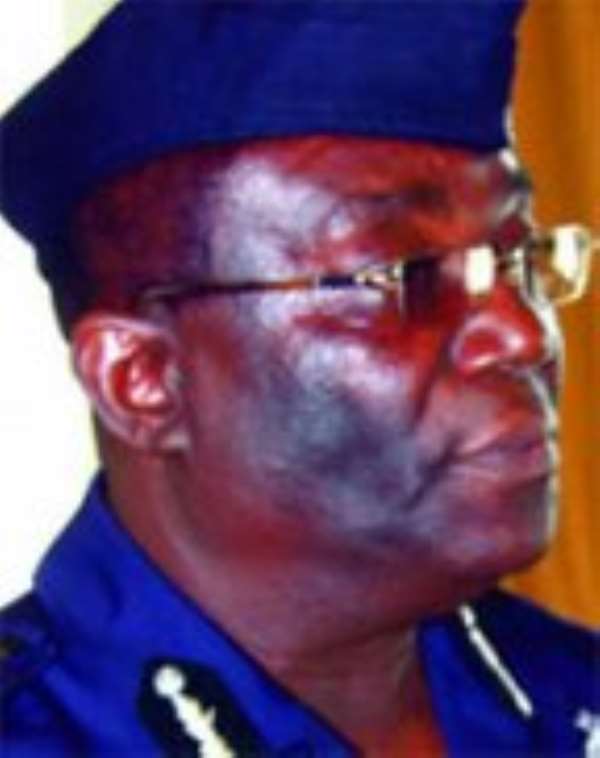 Reports of some police personnel refusing to patronise food from the military canteen in Bawku have elicited a strong warning from the Police Administration that they would be dealt with according to Ghana Police Service Disciplinary Code.

The Inspector General of Police (IGP), Mr Paul Tawiah Quaye, told the Daily Graphic yesterday that it was most unfortunate for any police officer to refuse to patronise the food at the military canteen after a high-powered meeting convened by the Chief of Staff to address concerns of police personnel on peace duties in Bawku took the decision.

He, therefore, asked the personnel to rethink their position because the money being paid as their canteen fees would not be given to them.

More than 300 police personnel have been deployed in the Bawku area to keep peace but since the authorities started feeding programme last Monday, only 30 per cent of the personnel are reported to be patronising the canteen while the remaining 70 per cent say they should be given their GH¢10 feeding allowance in cash.

Mr Quaye explained that the decision to ask the police personnel on duty in Bawku to join their military counterparts was based on complaints by the personnel and other considerations made by the commanders in the area.

He noted, for instance, that the personnel often complained that the GH¢4 being paid as ration for a day was inadequate.

Operationally, he said, there were reports that each time police personnel were needed for duties, they often used the excuse of going to look for food to avoid taking up responsibilities.

The IGP said some of the personnel also always complained of sicknesses as a result of what they claimed was intake of poor food.

He said based on these reports, the leadership of the Police Administration made requests to the government for financial support to deal with the challenges.

He said at a meeting convened by the Chief of Staff, Mr Joseph Henry Newman, and attended by the ministers of the Interior and Defence, Mr Cletus Avoka and Lt Gen J. H. Smith; the National Security Advisor, Brigadier-Gen Nunoo Mensah; the National Security Co-ordinator, Lt Col Larry Gbevlo-Lartey; the Police Administration and the Military High Command, a decision was taken for the military to take up the additional responsibility of feeding the police personnel at the military cafeteria in Bawku.

He explained that the National Security Secretariat supported the move with an upward review of the GH¢4 to GH¢10 so that nutritious food could be provided on timely basis for all the security personnel.

Mr Quaye said the decision for the police personnel to join the military in the cafeteria was to reduce the extra burden of going round to look for food when duty called.

He said it was also to remove the seemingly imbalance between the military and the police as some police personnel complained that the military were better catered for.

“I want to tell them refusal to eat is not in their interest or that of the nation,” he said. Mr Quaye reminded the police personnel that they were not sent to Bawku to make money but to keep peace, which was part of their calling.

He gave the assurance that disciplinary measures would be taken against any police officer who failed to comply. “No personnel will be allowed to draw the service back,” he warned.