What Napoleon could not do 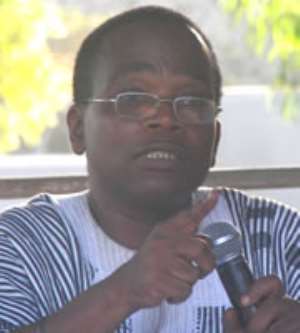 There is no doubt that during the Kufuor administration, public policy was geared towards empowering the private sector to serve as the “engine of growth” in spearheading national development and growth.

One of the moves was a deliberate attempt by the government never to crowd out the private sector from accessing financial resources.

However, in sticking to the tenets of liberalism, the government failed the private sector gravely in a number of instances when they could have been propped up.

That was in spite of the slogan to encourage Ghanaians to patronise and consume Made-in-Ghana products.

Two incidents stand out clearly — when it came to the acquisition of textbooks and materials to meet the requirements of the education reforms, and in the supply of materials towards the celebration of Ghana at 50, foreign suppliers were engaged at the expense of local manufacturers.

Of course, such positions were rationalised and it made sense only to those who saw these things solely on the basis of prices, not the concomitant jobs and taxes that accrue from such contracts.

That is why, no matter what initial faulty steps were taken, the National Democratic Congress and particularly the Vice-President, John Dramani Mahama, must be congratulated for taking the bold step to limit the supply of school uniforms under the government programme to provide these for deprived children, to indigenous productions.

I felt extremely proud, as the Vice-President who only the previous day had honoured me by acknowledging that he decided to do his post-graduate studies in Communication Studies, because his roommate, Yaw Boadu-Ayeboafoh, had taken that path, engaged the Association of Ghana Industries, with the promise that the policy could be extended to the supply of uniforms to the security agencies.

That was my roommate, Room! All we need to do, is to continue to monitor government policies and programmes, such that if they stray, they would be brought back on course.

But next time round, the local entities must be consulted early enough so that they could deliver timeously. For as it is, the uniforms cannot be available for the beginning of the next academic year which commences next month.

The contracts may not have been concluded by then. While commending government for the bold and radically functional stand, it is imperative that the local companies are not crowded out of the financial market. If that happens, they may not have the resources to meet the time lines.

What it means is that government must act to halt the erosion of the local currency, even if it drops a little at a time. As the adage goes, it is little drops of water which make a mighty ocean.

That is where the policy of advance or full payment before services could be provided by public bodies must be thoroughly examined.

For, whereas those who win contracts to execute jobs for the state have to complete the work before they submit their claims for payment, it now appears that government agencies are unwilling or forbidden to provide any service on credit basis.

As Ghanaians, we need to have open minds about the way our country is being run. That is why where governments pursue good policies which yield functional results, we must commend the government and equally, where the government is failing, we have to state that unequivocally, so that the gaps between the words and deeds of the government could be rectified for the good of us all.

In that regard, it appears the current government does not seem to be willing to recognise the healthy policies pursued by its predecessor.

When the Minister of the Interior met the press recently, he announced among other things that the government has introduced the “Justice for all” programme to decongest our prisons.

If there is any credit, it must go to the immediate past Attorney-General and Minister of Justice, Mr Joe Ghartey, MP for Ketan in the Sekondi-Takoradi metropolis, whose foresight culminated in the programme.

That the NDC has found it prudent to continue with the exercise underlines the national interest that the project is serving. That is how nations are developed.

Listening to different interest groups about the recent shortage of petroleum products in the Northern, Upper East and Upper West regions, one gets the clear impression that it happened because the stocks piled up at Buipe got exhausted.

Put together, it has been observed that apart from the importation of refined petroleum products by some of the oil marketing companies, a lot of the oil consumed in this country between December last year and when rehabilitation works on the Tema Oil Refinery were completed this year, came from reserves left from the Kufuor era.

Yet on a daily basis, we are told of unfathomable mismanagement of the nation's resources. It appears the NPP invested into the future and so some of the deficits, were rather advanced payments.

Therefore instead of uncritical condemnation, we must try to analyse and isolate such expenditure to enable us to arrive at objective assessments.

In the letter, the boy asked God to give him GH¢10 for a project. The letter was then addressed to God, with the place of delivery as Heaven.

Unfortunately, he had only GH¢8 which he put into the envelope and addressed to the boy who had provided his address on the letter to God.

So, when the small boy went to pick the letter addressed by God in Heaven, he was very thankful. However, when he opened it and saw the GH¢8, he was saddened on suspicion that the post master had stolen GH¢2 from it, being convinced that God sent him GH¢10.

Therefore, the boy wrote back to God thanking Him for the timely response but pleaded and advised that next time, God should send the money direct to him otherwise as it happened in the first instance, the post master could tamper with the money and accused the post master for having stolen GH¢2 from him and God.

There is equally this matter which the NDC must deal with. Eight months into the government, key government ministers still occupy fundamentally functional positions in the party.

That creates conflict of interest positions, and no matter how these individuals attempt to discharge their dual duties objectively, there would be doubts about their sincerity.

If one is in doubt, one must listen to the interview that the Eastern Regional Minister, Mr Ofosu Ampofo, who is also the National Organiser of the NDC granted Uniiq FM last Monday morning, in which he virtually accused the police of unprofessionalism, by the manner they threw hand grenades at the NDC party offices at Akwatia, and but for divine intervention anything could have happened.

He is the chairman of the Regional Security Council but in the manner of the indiscretion of President Barack Obama, who because of racial undertones described the police arrest of an African-American Professor as stupid, Mr Ofosu Ampofo unjustifiably indicted the police.

Unless the NDC wants to create the impression which has no basis that it does not have the human resources to replace the said government appointees who are activists and functionaries of the party, they should be replaced unconditionally

We should avoid the situation of “etua woyonko ho a etua dua mui” as in the face of the reluctance of some Ministers of State under the NPP administration, to resign, to pursue their ambitions of leading the party as its flagbearer, in conflict with the party's constitution, but not offending any ethical or legal provision in the administration of this country, many members of the NDC joined those who shouted each day to demonstrate the lack of congruence between the NPP's activities and its avowed faith in the principles of due process and the rule of law.

Our elders say it is only the liar who states that his or her witness is far away. In this case, I can cite my own learned friend and classmate, the Minister of Communications, Haruna Iddrisu, as having condemned the NPP for its failure to act.

May be it was as the adage goes, when the song is not after you, you say the beat is good. But in the end, our elders could be proven right “afutuo nsakra nnipa, gyese nsohwe”, to wit, advice does not change any person, only experience or adversity does.

As the sages have also noted, “to know what is right and not to do it, is the worst cowardice”, while “admitting that we are wrong is a modest way of showing we have grown wiser.”