Alert: Whatch out for baby traffickers 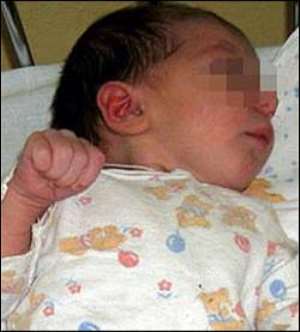 
Ghanaians have been asked to collectively work towards pre-empting what has now come to be christened 'Baby Harvesting', new phenomenon of human trafficking currently going on in Nigeria.

Baby Harvesting is the act of luring teenage girls who are economically challenged to cities in the name of adoption according to Mr. Eric Boakye Peasah, the Counter-trafficking Field Manager of the International Organization for Migration (I0M).

Mr. Peasah explained that these unsuspecting girls are usually kept in homes where men are arranged to have sexual intercourse repeatedly with them until they get pregnant. He explained further that the girls are usually provided with antenatal care until they give birth after which the babies are plucked from these unfortunate girls who are then paid off.

"It has not yet occurred in Ghana but once it is happening in Nigeria we must all take steps to forestall it in this country," he told stakeholders at the launching of a Legal Resources Centre (LRC) capacity building for law enforcement officers and victim service providers in Trafficking in Persons in Accra.

He revealed that a group of swindlers has been busted in Nigeria for engaging in 'Baby Harvesting' which must serve as warning signs to Ghanaians.

Also happening in Nigeria, Mr. Peasah further disclosed, is the mind boggling act known as 'Touching'. With these adults without any modicum of conscience turn themselves into 'gynaecologists' and examine the private parts of girls. Those who are found with 'suitable' genitals are adopted and when they grow to become teenagers, they are pushed into prostitution.

He called on all stakeholders to co-operate and co-ordinate their activities since one institution can not do all; to this end he advised the LRC to concentrate on the legal aspects of human trafficking and leave the rest to other players in the industry.

He observed that in Ghana, the major sources of human trafficking are places like Amuna, Ekum Mpuano in the Central Region and Kokrobite, Awhiam and old Ningo in the Greater Accra Region. He called on District Assemblies to mainstream the combating of human trafficking into their activities since that could be one of the effective ways of dealing with the menace.

Justice Rose C. Owusu, a Supreme Court Judge, observed that "it is not enough fighting drug trafficking and that it should be uprooted."

This he believes can be achieved through education.

Justice Sophia Adinyira, also of the Supreme Court, noted that intra human trafficking in Ghana is worse than cross-border trafficking with children being trafficked from some towns in the Central Region to the cities.

Mr. Matthew Dally, a former Head of the International Labour Organizations, Anti-Child Trafficking Programme in West and Central Africa, who chaired the function, said according to the United States.

Traffic in Persons Report released in June 2009, Ghana has dropped from Tier one to Tier two due to weak efforts in prosecuting offenders and inadequate victim support and care.

He called on stakeholders to build skills in case detection, investigations and prosecution, ensure tight border controls, engage in cross-border training, international cooperation and networking through INTERPOL as well as ensuring inter-agency collaboration among the police, the judiciary, immigration and the Ministry of Justice.

Unveiling the Capacity Building Project, the Executive Director of the Legal Resources Centre (LRC), Mr. Tuinese Edward Amuzu, recalled that in December 2005, Ghana marked an important milestone in human rights when the country promulgated the Human Trafficking Law which prohibits various forms of trafficking in persons, and makes provision for five years imprisonment upon conviction.

While admitting the law is an epoch making one, he concedes that it is not perfect.

"Ghana does not fully comply with the Act's minimum standards but is making significant efforts to bring itself into compliance with those standards." He said it is for this and other reasons that the LRC is embarking on the capacity building exercise with funding from the United States Department of State.