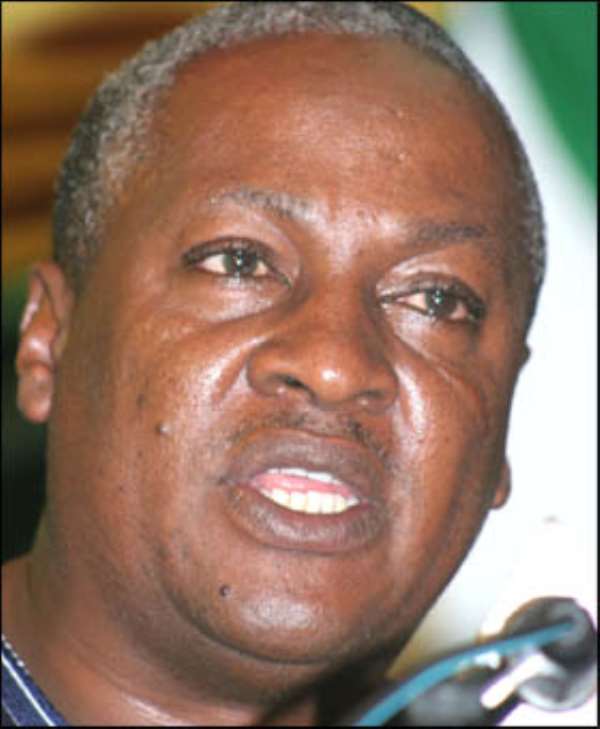 Vice President John Mahama says it is unlawful for security operatives to arrest individuals without first identifying themselves.

He also said individuals who feel their rights are being abused can seek redress at the appropriate quarters.

“If anybody wanted to arrest you, they must have that power of arrest and so you do have the right to ensure that you know whoever is arresting you has the authority to do that,” the vice president told Joy News Editor Matilda Asante Asiedu.

BNI operatives have in recent times received a lot flack for failing to identifying themselves before effecting an arrest.

But Mr Mahama insisted: “If people went ahead and arrested people without identifying themselves properly that will not be advisable.”

Meanwhile Mr John Mahama has hinted that government would not hesitate to call the BNI to order if allegations that it flouted the constitution in the discharge of mandate are established.

The opposition NPP has asked the government to call the BNI to order following the questioning of former government officials and concerns that they are deliberately being harassed by the security agency.

Answering questions on the recent operations of the BNI, Mr. Mahama said a national security council will soon be established to oversee and regulate the operations of all the security agencies.

In the meantime, he says, individuals who feel their rights have been infringed can seek redress with the Commission for Human Rights and Administrative Justice.