Developing Story: No US Help to Kenya until Reforms are Made 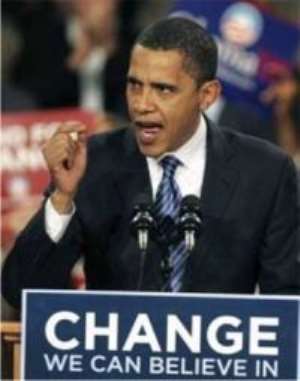 Since the 20th of Janurary of this year there have been plenty of Articles Highlighting how the Obama Administration has been reviewing the US Policy towards several nations. In the Media Zimbabwe and Somalia are still popular topics of discussion. But there is one Country that has not garnered a lot of Interest in a little more than a year but is now reemerging as a hot topic.

During the Historic Campaign by President Obama Kenya was a keen Observer of the Electoral Process in the United States. After all the Father of the President was from Kenya. He still happens to have family in the country as well. And there are several reasons for the United States to have a keen interest in what goes on in the Country.

One of the reasons is the current Infighting in Parliament. The Obama Administration is not pleased with the current pace of Reforms. There has been an impasse between the Vice-President and the Prime Minister that has caused Debate to come to a gridlock. This has effectively halted any activity by the Government.

Another Problem that needs to be addressed is Impunity. During the Violence that permeated Kenya in the Aftermath of the December 2007 Elections Hundreds of People Perished. There was also a report released by a Human Rights NGO that was critical of the Actions by the Security Forces in the Great Rift Valley. To this date there has been no word regarding whether or not any member of the Security Forces will face Justice for these acts.

Another Reason for the Increased Focus in Kenya is the Somalia Situation. Most of the Pirates that have been captured by International Naval Elements in the Gulf of Aden have been taken to Mombasa and handed over to Kenyan Authorities. In the Past a Somali Insurgent Group has threatened to attack Kenyan Interests for assisting the International Community in the Struggle to rein in the Acts of Piracy. Since Kenya has a Direct Border with Somalia this is a threat that cannot be taken lightly.

The United States has always had Good Relations with Kenya. Now that the President is of Kenyan Heritage it is perceived that US-Kenyan Relations will be in the Spotlight on a larger than normal scale. Early last year more than one pundit lamented that Kenya has slid from being "A Model for Democracy in East Africa". The Concern that the US has for the Current Political Impasse could cause Washington to tighten the Purse Strings when it comes to Foreign Aid to Nairobi.

The Administration has been showing that it is not business as usual as it has placed sanctions on individuals that have been linked to corruption. One of the Sanctions that has been enacted is to prevent them from travelling to the United States under any capacity. The US Ambassador has announced that the US will still Support any Programs that are Administered by an NGO. The US Ambassador told a Kenyan Newspaper that 85-90% of US Aid is channeled through a NGO.

When He was Elected President of the US Ordinary Kenyans were hopeful that the US would not Forget Kenya. In that aspect He has remembered them.

The Author Publishes Confused Eagle on the Internet. It can be found at morganrights.tripod.com