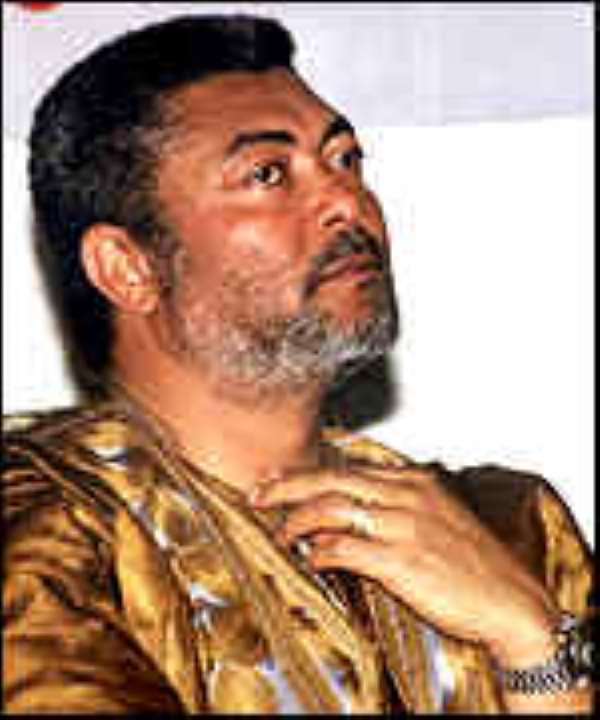 Following recent so-called “boom” speeches by former President Rawlings made me go into my archives to listen to some interviews I had with him between 2005 and 2006 in the USA. But Kwasi Adu's (June Four Movement) piece addressed to JJ, which he titled “Welcome to the fold, brother Rawlings” got me wondering if Ghanaians have missed the kyinkyin in JJ's political agenda. Kwasi Adu makes a strong point when he says “ ….the censure of President Mills by Flt. Lt. Rawlings is an inherent acceptance that it is fair enough to publicly criticise a political friend even if that friend is the President or Head of State. It would be good if such criticism is not seen by anyone as an act of unfriendliness on the part of the ex-President. It is most likely that the motive behind his frustration is not out of mischief but out of a genuine yearning that things that ought to be done by President Mills must be done in good time.” In my recorded interview with JJ, which can be heard on www.thenewghanaian.com, he expresses this same view that as Ghanaians we should be more critical of managers and supervisors and be prepared to “die” a little for what we believe in.

That there is the very problem Kwasi Adu remembers. “ … by September 1982, Flt. Lt. Rawlings could not take our public expressions of concern any longer. He summoned some of the leadership of the JFM to his office in Gondar Barracks. It was an experience that has since had a profound effect on me in dealing with political issues”. Readers should catch this very detailed insight in the goings-on of the PNDC on www.myjoyonline.com.

Rawlings' position has been a constant rhetoric of power in the hands of the people. Unquestionably, this has been a common thread in many of his speeches but I think there is a credibility gap here. When it comes to others, JJ is over the top with calling them to order to do what he considers to be the right thing. When the tables are turned on him, he expects nothing less than total obeisance and respect of his word. If power were to properly remain in the hands of the people, would the people accept that judges could be murdered without trial? Former heads of state executed in an anarchical manner? Peaceful demonstrators shot in cold blood and no culprits identified? Again, Kwasi Adu recounts how a member of the PNDC decapitated and shot Kwame Adjimah in the back of the head for criticizing the PNDC and another was forced to drink a mixture of cement and died shortly after. Trust me much more than this was done during the PNDC era. If this is not so, I challenge the NDC now that they have a majority in parliament to amend the constitution and remove the cloak of protection for members of the AFRC and PNDC. Can you do this, NDC parliamentarians?

Those who cannot accept JJ as sincere, are clear in their minds that he knew about all this and not once did he prosecute any of his followers for murder, but he justified and continues to justify all that was done during AFRC and PNDC days in the name of the revolution. Even today, he will not accept publicly that some members of his NDC government were corrupt and should not play any part in the present Mills government. JJ can call them out if he wants to, but his tacit refusal to mention them publicly breaks out in “boom” speeches with hidden agenda. I have not taken an opinion poll on this, but I am a hundred percent certain that Ghanaians want justice for wrong doing in our country. Justice and Freedom! And it doesn't matter whether you are NDC, CPP, DFP, NPP or any other group.

The ghost of PNDC atrocities will tag along behind our democracy for as long as Rawlings continues to misrepresent what he really knows and condoned. The Reconciliation commission went far to heal some wounds, but we are still polarized as a country; by politics, by ethnicity and increasingly now by religion.

I asked Mr. Rawlings to let us inside his mind, to explain to us what he had learnt about Ghanaians in his decades of rule before and after democratic governance. His reply was very revealing!

By Sydney Casely-Hayford, The New Ghanaian