Asamoah Boateng's woes far from over 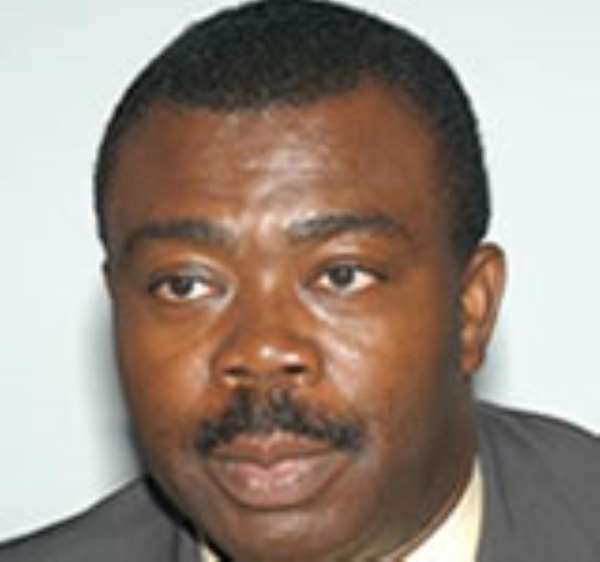 
The Minister for Information and National Orientation, Mr. Stephen Asamoah Boateng, on Thursday failed to turn up in court, as an order of the Accra Fast Track Court expired in respect of his providing proof of his renunciation of his British citizenship, to the claimant Mr. Paintsil.

In the last sitting in which he put an appearance, Mr. Boateng was ordered to comply with the specific demands made by Mr. Paintsil, as well as provide written proof of what his challenger, Mr. Paintsil, was seeking.

Though both the defendant and his counsel were absent from court, the judge adjourned the case to later on this month.

The court may now look into the merit of the request of the Minister, who just lost his seat in an extraordinary political earthquake in the Central Region, which blew him away from his Mfanstiman West Constituency seat.

In the recent parliamentary primaries, his own eligibility was challenged in court by Mr. Kweku Y. Paintsil, A legal practitioner, who also challenged the propriety of the primary being held on a public holiday.

If the Minister, also known as "Asabee," fails to go through with his case, there would be the likelihood of a commencement of the case, where evidence of alleged fraud during the New Patriotic Party primary, and it being held on a holiday, as well as the issue of British citizenship of the minister, may be provided by the plaintiff.

Plaintiff further raised the issue that the NPP primary, conducted in the Mfanstiman West Constituency that elected the minister as the party's candidate was fraudulent, adding that the process was also conducted on a public holiday.

According to plaintiff, the conduct of the primary breached the rules and regulations of the NPP, and should therefore be annulled.

However, "Asabee," in his affidavit, indicated that he had renounced his British citizenship in 2002, and was therefore eligible to stand for elections in the country, as a Ghanaian.

The minister's nationality became a matter of concern, pushing the plaintiff, who was a competitor in the constituency primary, to file a suit against the NPP, Peter Mac Manu, National Chairman of the party, Stephen Asamoah Boateng, constituency parliamentary candidate, the executives of the constituency, as well as the Municipal electoral officer for breaching the code of conduct and the representation of the peoples laws.

After the Minister failed to get the court to dismiss the entire legal challenge against him, it would therefore consider whether or not the conduct of the May 26, 2008 Mfantsiman West Constituency primary of the NPP which was on a public holiday, invalidates the said activity.

It is further going to determine whether or not the conduct of the primary was flawed, and rendered a nullity as a result of fraud and bribery allegations made against the defendant during the exercise.

His lawyers posted to the court an exhibit which was a copy of a letter written to the British High Commission on the 21st November 2008, requesting for confirmation of renunciation of British Citizenship by Stephen Kwadwo Asamoah Boateng.

In the letter, the lawyers declared that Asamoah Boateng had said that he renounced his citizenship by submitting the necessary document to the Home Office in the United Kingdom.

“He received a document confirming the renunciation. The process was done through the British High Commission, Accra.

“Unfortunately, the document on the renunciation cannot be found, after a diligent search by our client.

“An Accra High Court bas ordered our client to produce a copy of the document.

"On behalf of our client, we would be grateful if you could assist in obtaining the documents from the appropriate authority in the United Kingdom.”

A number of NPP disaffected supporters are also said to be waiting in line to wage a copycat suit, such as this one against the party executives.