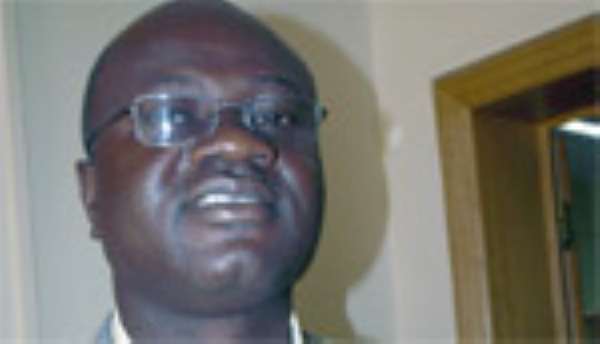 claim to the Asante Mampong parliamentary seat on the ticket of the ruling New Patriotic Party (NPP).

Mr. Ampratwum-Sarpong is among two aspirants challenging the incumbent, Peter Sarkodie at constituency primary scheduled for Tuesday. The other contestant for the seat is Addae Nimo, an engineer with the Ghana Highway Authority.

The Deputy High Commissioner, who was chairman of the United Kingdom and Ireland branch of the NPP, informed DAILY GUIDE of his readiness to grab the slot from the incumbent.

According to him, he is more than ready to serve his constituents, bringing on board his wealth of experience to develop the area.

Mr. Ampratwum-Sarpong noted that Asante Mampong has been left behind because of inadequate representation, pointing out that the town deserves better.

Mampong is the second largest town after Kumasi in the Ashanti Region, but has never had a minister since the NPP took over the reins of government.

Its weak representation in Parliament has robbed the constituency of a ministerial appointment, he disclosed.

Mr. Ampratwum-Sarpong said he is ready to reverse the trend.
He is a founding member of the party having served in various capacities, capping it up with chairmanship of one of the most vibrant overseas branches of the party- UK and Ireland division.

His dedication and commitment earned him appointment as Deputy High Commissioner to India, the second most populous nation in the world.

Mr. Ampratwum-Sarpong who belongs to the “yefri tete” school, believes that there is always a reward at the end of service. “Long service should be rewarded” he said, stressing that he has served his apprenticeship.

He was a member of the Danquah-Busia group in exile and helped in mobilizing money and logistics for the party in every election.

Through his instrumentality, the UK and Ireland branch provided vehicles and 5,000 T-shirts to the party and adopted eight orphaned constituencies for the 2000 polls when the party was in dire need.

He has been able to resource his constituents, raising ¢1billion for 453 people for agro-business.

About 100 acres of land was irrigated at Kofiase for farming and a second irrigation project is under way, all due to his initiative.