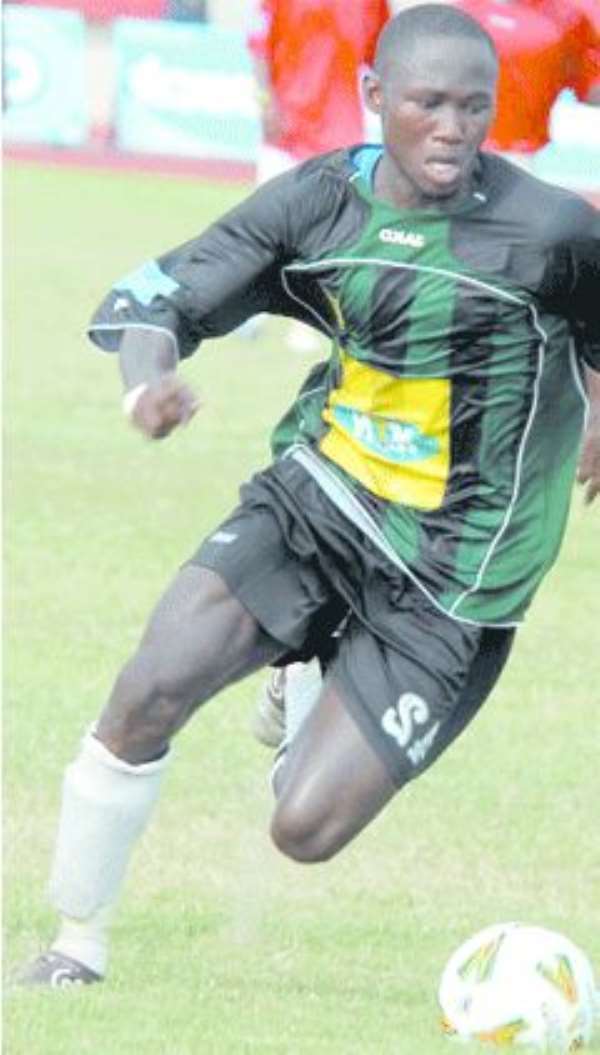 Disappointment swept through the ambitious Asante Kotoko team last Sunday as they were hit with the unpleasant reality of playing the return CAF Confederation Cup tie against Nigeria's Dolphins in Kumasi minus three of their trusted warriors including captain Emmanuel Osei Kuffour.

Kuffour, Osei Kwame Jr and Dan Acquah have attracted multiple yellow cards in the competition and are effectively ruled out of the second leg.


A real performer on the field, Kuffour is the master inspirer of the team that has many young players, and his absence cannot be taken lightly.


Confirming this in an interview with the Graphic Sports, club communications director, Kwame Baah-Nuako, said the situation was a challenge for Coach Bashir Hayford to vary his tactics in order to give the team the revenge they would crave for.


Mr Baah-Nuako, who spoke on phone from his base in Accra, was particularly not impressed with the technical approach of the team in the match against Dolphins in which they slumped to a 0-2 defeat.

“It was always a difficult match for us because of the coach's game plan to be on the defensive”, the communications director said.


He said on realising the line-up for the team which featured Samuel Inkoom, Harrison Afful, Prince Anokye and Dan Acquah at the back four, with two other defence players, Osei Kwame and George Asare sitting in front of them, what came into his mind was that the team was too defensive-minded.


“This is not the style of Asante Kotoko and I was not surprised that Dolphins dominated the middle and put pressure on us for a greater part of the game especially in the second half”, Baah-Nuako said.


According to him, what he knew was that once a while, a defender was put in front of the back four, and not two defenders.


“The coach adopted this strategy in the match against Wikki Tourists in Bauchi and it worked for us”.

The communica-tions director also had some verbal punches for the referee for contributing to the defeat of Kototo, saying, “that is Africa for you”.


Yet, Mr Baah-Nuako also blamed the players for relaxing after Dolphins' first goal, perhaps thinking that one-goal deficit was okay for the team.


“The players were becoming comfortable with the one goal during the dying minutes of the game and we paid dearly for it”, the communications director stated.


But was full of hope for the team in the return leg. “Listening to radio commentary and other information from my colleagues who were in Nigeria, Dolphins is not the side that should qualify at the expense of Kotoko”.


Kotoko, he said, had scaled through challenges bigger than the Dolphins situation and was confident that the team would qualify for the next stage.