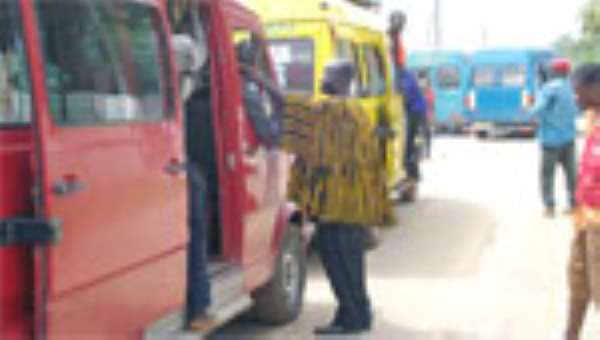 THE VETTING of New Patriotic Party (NPP) Parliamentary candidates in the Ashanti Region suffered a jolt when on the day of vetting a section of the party faithful from the Offinso South constituency staged a demonstration.

The peaceful demonstration, which lasted for about four hours, delayed the vetting which was supposed to start at 8:00 am, to as late as 12:00 pm.

The demonstrators, who were conveyed in four 207 buses, arrived at True Vine Hotel at Nhyiaeso, the vetting venue, as early as 7:00 am last Sunday.

The aggrieved party members, most of whom were polling station chairmen, hoisted red flags to register their displeasure with the vetting process, which to them was not being done fairly.

Their beef was that the national executive of the party had failed to inform them about the date and venue for the congress.

They as well accused the hierarchy of the party of selling nomination forms to some candidates, knowing full well that they did not want to hold a parliamentary primary at the Offinso South constituency.

Some of the demonstrators who spoke to DAILY GUIDE accused the party's executives of trying to impose the incumbent Member of Parliament (MP), Dr. Owusu Achiaw who assumed the position through a bye-election held in 2006, on them.

They entreated the party leadership to vet all aspirants contesting the seat and go ahead to hold primaries at the Offinso South constituency to avert any rancour and protect the peace in the party, warning “we will not allow imposition”.

It took the timely intervention of police personnel from the Buffalo Unit for the demonstrators to leave the vetting grounds for the process to begin.

This was after Nana Ohene Ntow, the NPP General Secretary had summoned a meeting between the party members and the national executive to iron out their differences to ensure party unity.