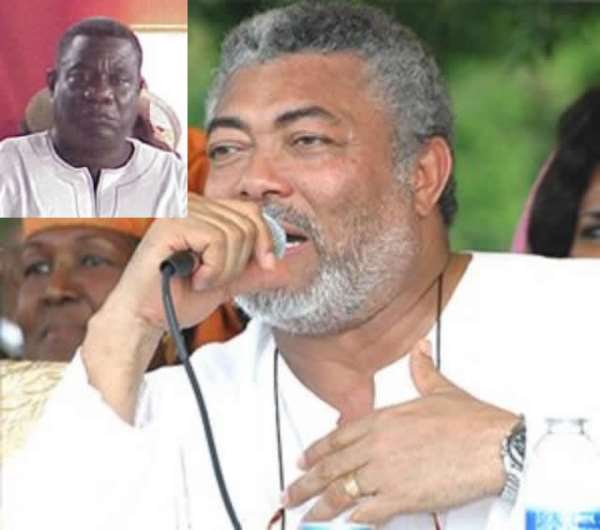 The publication in yesterday's issue of the Daily Graphic of Mr John Mahama partnering Professor John Evans Atta Mills of the National Democratic Congress (NDC) for the December 7 presidential election has generated a furious backlash.

At a meeting with the Daily Graphic at the Prof Mills campaign headquarters at Osu yesterday, which was attended by party heavyweights, including the NDC Chairman, Dr Kwabena Adjei, a former Energy Minister, Mr Ato Ahwoi, and some aides to Prof Mills, including his Communications Director, Mr Koku Anyidoho, and his Spokesman, Nii Lante Vanderpuije, the NDC flag bearer made the point that whoever was going to be his running mate was still in his mind.


“I may have a lot of things in my mind but that does not mean anything and will not be the decision of the NDC. Whatever I have in my mind can only be translated into a decision after I have done consultations with the Council of Elders and the NEC who have to confirm or adopt what is in my mind, then it becomes a decision of the party,” he said.


He stated that the public was interested in whatever took place in all political parties, particularly when it involved a major opposition party like the NDC.


Moments after the Daily Graphic encounter with the NDC flag bearer, the Special Assistant to the Founder of the NDC and former President, Flt Lt J.J. Rawlings, issued a statement in which he damned the Daily Graphic publication as “absolutely false and a great lie calculated by self-seekers and their agents to sow seeds of discord in the NDC”.


On various radio stations, the former First Lady, Nana Konadu Agyemang Rawlings, also had some harsh words for the publication and reaffirmed her belief that Prof Mills would run with Mrs Betty Mould-Iddrisu in the December elections.


And there were reports of some youth of the party going on rampage in Tamale.


In the midst of all that, Prof Mills told the Daily Graphic that the NDC had structures and procedures and that until those structures had been fully consulted, as per the constitution of the party, his choice would remain in his head, adding that it would be misleading to give the impression that the decision had been taken by the party.


When asked when he would make public the name in his mind, Prof Mills did not give a definite time but said, “We are fast-tracking the process so that we will be able to come out with a decision in the near future.”


Yesterday's issue of the Daily Graphic reported that after months of speculation on who would partner Prof Mills in the December elections, the lot had settled on Mr Mahama, the four-time Member of Parliament (MP) for Bole-Bamboi, quoting reliable sources.


In his statement, Mr Victor Smith attributed the publication to “certain selfish individuals” in the party who had made it their preoccupation to provide lies about the party to newspapers for publication and attribute such lies to the former President.