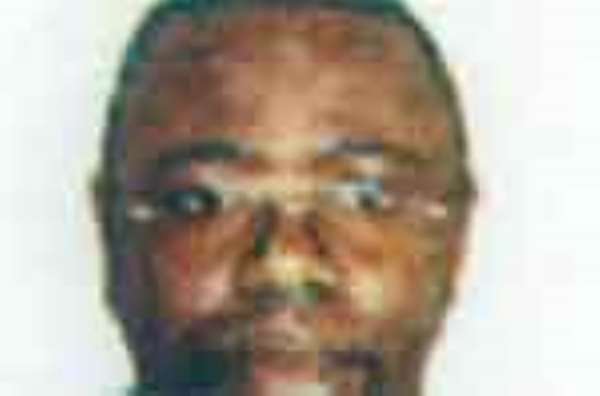 A 'Man of God' and head of a popular prayer camp in Accra, who allegedly sexually molested several children he was shepherding, is walking virtually free, almost one year after he was arrested.
At least eight of the girls, aged between three and twelve years, were, according to medical reports, defiled several times to the extent that doctors recommended some of them undergo HIV/AIDS tests.

Prophet James Nana Akwasi Agyeman, leader and founder of Shiva Linga Prayer Camp at St. John's, near Achimota, has since 6th April, 2007, been charged with defiling the girls during the three-year period they and their parents stayed in his camp.

Even though the case had passed through the Ministry of Women and Children's Affairs, the Attorney-General's Department and the Cocoa Affairs Court before landing at the Greater Accra Regional Tribunal, observers think the road to justice is being pursued at snail's pace.

As at the time of filing the story, only two out of the eight girls had testified in court. Interestingly, while the victims have for the past one year been confined to the Abused Children's Shelter at the Department of Social Welfare at Osu, the accused person is still going about his 'business'.

Prophet Agyeman (alias Prof), 37, according to sources, was the head of the prayer group's branches in Accra and Abidjan, where many parents and children resided. The parents of the children in the camp were working for the pastor in various capacities, including the preparation of herbal drugs, while the children loitered in the camp.

And unknown to their parents, the 'Man of God' had between 2005 and 2007 defiled the girls while their parents were away to sell some of the drugs. But as fate would have it, the children, who could not bear the pain any longer, told their parents of the agony they had gone through during the three long years that they were camped there. Some of them narrated how they were beaten for refusing to go to bed with the prophet.

All the tests conducted by Dr. Laryea of the Achimota Government Hospital gave very chilling reports.

For instance on 27th February, 2007, the doctor wrote in his report after examining Josephine: “I have examined this little girl today and it is obvious that the child has been defiled-the hymen being absent. This has not just happened”.

On Hannah, the report directed that due to the critical nature of her case, there was the need to go for an HIV test.

“On examination, the vulva is inflamed. It is obvious that the child had been defiled, obviously not once. She is coughing too. It would be necessary for her to have investigations, including HIV and HVS culture,” he recommended.

The report for Lydia stated: “It was observed that the hymen is completely absent and it is likely that she has been tampered with more than once”.

In fact, some of the chilling descriptions in the reports included the fact that the young girls had developed unusually enlarged introituses, some of which easily admitted three adult fingers.

Sources at the A-G's department, who did not want to be named, expressed amazement at the development, noting that delayed justice was tantamount to denied justice.

It is not clear when the case would come to an end but for as long as it lasts, the children would continue to be separated from their parents as they have for the past year been in the care of the Women and Children Ministry.