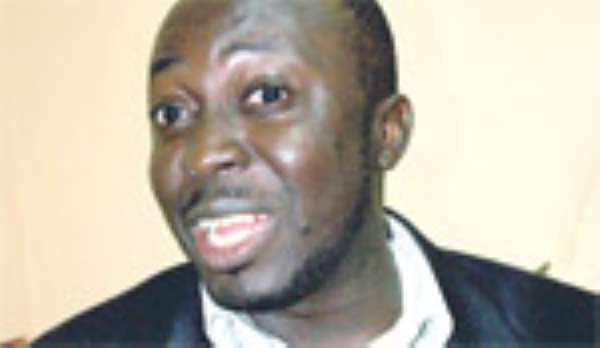 THE MASTER coup maker, Jerry John Rawlings was on the loose yesterday when he staged yet another coup, this time against his own party member, Baba Jamal, NDC's deputy General Secretary.

Mr Rawlings stormed the mining town of Akwatia in the Eastern Region where he mounted a vigorous campaign against Baba Jamal in the run-up to Saturday's parliamentary primary of the party.

At the time of the attack, Jamal was at the press conference addressed by NDC presidential candidate, John Evans Atta Mills, where he catalogued series of allegations against the ruling NPP.
He declined to comment when DAILY GUIDE contacted him.

Accompanied by 14 cadres and heavily built individuals, the NDC founder told elders of the town at the Akwatiahene's Palace not to accept Jamal as the party's candidate for the December 7 parliamentary elections.

According to the former President, the NDC deputy scribe has represented the party twice without success, and that the party should look elsewhere for salvation.

He therefore introduced his choice, Kwadwo Obeng Darko, a cousin of the Akwatiahene to the elders as a more appropriate candidate for the December elections.

Curiously, Akwatiahene, whom DAILY GUIDE learnt had been informed three days earlier about Mr Rawlings' visit, quickly dashed out of town, leaving the NDC founder to meet the elders.

Jerry Rawlings told the Akwatia elders that Baba Jamal has become an electoral liability to the NDC, having failed to win the seat in his two previous attempts.

Jamal was the NDC's candidate in the 2000 and 2004 elections where he lost to the incumbent, Kingston Akomea Kissi of the New Patriotic Party (NPP).

Desperate to win the chiefs to his side, Mr Rawlings clothed his campaign with tribal sentiments, telling the chiefs that the NDC deputy general secretary was not a native of the area.

“Obeng Darko is a native of this town,” he is reported to have told the chiefs.

Jamal and some NDC apparatchiki including some sitting MPs like Haruna Iddrisu, MP for Tamale South and NDC Youth Organiser are perceived as “Obed Boys” and Rawlings is determined to hand them a raw deal.

After Akwatia, the NDC founder would move to other targeted constituencies where he intends to dislodge sitting MPs.

He is due for Tamale for the Committee for Joint Action (CJA) demonstration on Saturday and expected to meet local executives of the party to unveil his agenda to them.

At the NDC youth congress in Bolgatanga in 2005, Mr Rawlings broke down in tears when Haruna Iddrisu floored his choice, Nii Lantey Vanderpuije of the Mills campaign team.

Ever since, he has not forgiven the “Obed Boys” including Alban Bagbin, Minority Leader and Samuel Ofosu Ampofo, NDC National Organiser who is pitching camp at Tema West for the NDC seat, after his disastrous performance at the Fanteakwa constituency in the Eastern Region in the 2004 elections.

The NDC is yet to hold a primary for aspirants vying for the Tema West parliamentary seat.