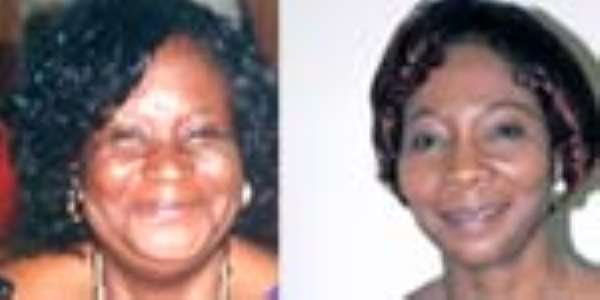 LIKE OTHER Ghanaian workers, Members of Parliament (MPs) have of late been complaining about poor conditions of service.

The latest to do so was the Minority Leader and MP for Nadowli West, Alban Kingsford Sumani Bagbin, on Tuesday, when the House was approving an amount of GH¢20,703,627 for the services of the Office of Parliament for the 2008 fiscal year.

According to Hon. Bagbin, the service conditions of Ghanaian MPs were deplorable, compared to their colleagues' from some East and Southern African countries.

He said the privation of Ghanaian MPs was even evidenced in the food they were served.

“We eat anything, any food, sit anywhere, sit on the floor and eat with our hands and get running stomachs.”

He cited the deputy majority leader and Minister of State, Hon. Ossei Kyei-Mensah Bonsu as among the latest victims of running stomach due to the food served in the House.

Bagbin said MPs had sacrificed for far too long and “this is a clear message to all who care to know. This is the last message that this Parliament is also qualified to receive enough money to function.”

He said MPs were under so much pressure as some of their constituents came to them for money for school fees, school uniforms and even money for marriage.

“I have seen some MPs collapsing and dying from pressure.”
Hon. Bagbin warned that parliamentarians would no longer sacrifice while others enjoyed.

Looking at the ceiling of the chamber, Hon. Bagbin said “the building under which we are is caving in, it is leaking.”

The Minister of State at the Ministry of Finance and MP for Old Tafo, Dr. Anthony Akoto-Osei, told his colleague MPs to be grateful and stop talking as if there had not been any improvement in their conditions of service since they became members of the House.

According to him, some MPs did not have private vehicles before they became MPs, so the mere fact that they now had vehicles meant something significant had taken place in their lives.

He said the MP for Sunyani East, Hon. J.H. Mensah did not have any car when he was the Minority Leader in the 1990s.

He added that the difference on his pay slip, between when the NPP first came to power and now, even showed that conditions had improved.

Dr. Akoto Osei's comments attracted swift reactions from several MPs, who rose on points of order. The MP for Amenfi East, Hon. Joseph Boahen Aidoo said Dr. Akoto Osei “is hitting below the belt. He must be advised that this is the 21st century and so MPs should be treated as such.”

Dr. Akoto Osei was of the view that MPs' conditions of service could improve if “leadership takes charge of the budget.”

The Minister of Finance and MP for Asante Akyem North, Kwadwo Baah-Wiredu, called on the House not to be interested only in the approval of the budget but its implementation also.

Earlier, the Special Budget Committee on the 2008 annual budget estimates recommended to the House to appeal strongly against classifying Parliament as one of the Ministries, Departments and Agencies (MDAs).

That, in the opinion of the Committee, did not accord the institution of Parliament the priority it deserved as one of the three arms of Government.

The Committee therefore recommended that for the purposes of identifying Parliament's actual status as well as securing its financial autonomy, the office of Parliament should be properly classified as the Legislative Arm of Government and a vital cog in democratic governance.

It again recommended an amendment of the Parliamentary Service Act so that it would be in line with the other Arms of Government.

That, the Committee believed, would afford Parliament the opportunity to send its budget requirements to the Office of the President directly for approval and not through the Ministry of Finance and Economic Planning, which might equate Parliament's role to that of the MDAs.

“In order that committee's work may not be hampered, it is recommended that allocations to committees should be escrowed so that approved programmes and activities would be smoothly funded.

“The committee recommends that leadership and the bureau of Parliament should take all necessary measures to ensure the security of members, given the recent incidences of robberies at the residences of members,” the report said.

Two persons accused of killing 11-year-old boy at Kasoa to b...
46 minutes ago

Akufo-Addo can’t even bath in the Presidential jet, it's not...
46 minutes ago