It's a plot! Alan slams 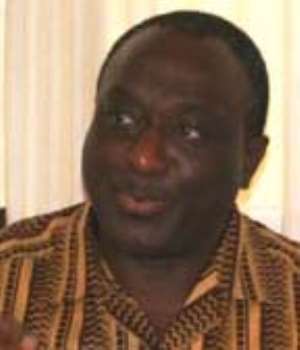 Alan Kyerematen, the Minister of Trade, Industry, PSI and Private Sector Development, has responded to media reports of an impending run-in with the Commission for Human Rights and Administrative Justice over allegations of impropriety, saying the claims are being peddled by those "plotting” against him.

In its April 25 -27 edition, the Ghanaian Observer published a story headlined, “Alan dragged to CHRAJ over impropriety, conflict of interest.” In the report, it was stated that a former Greater Accra Regional Treasurer of the ruling New Patriotic Party, Kwesi Arthur, had petitioned the Commission to investigate the Minister in respect of acts of impropriety committed in the management and administration of the Export Development and Investment Fund.

The allegations, the Trade Minister says, have “no substance” and are “inspired by ill-will, political treachery and deceit” - questioning the “credibility and motive” of the petitioner, and the “veiled political interests underpinning the allegations.”

“Is it not strange that a former key Regional Executive member of the NPP will seek to discredit a leading member of the NPP, if indeed there is no political motive or advantage to be gained?” he asks.

“I hope events that will follow will unveil all those behind this plot.”

Although he has yet to receive official notification of the case, he guarantees “unqualified commitment” to working with CHRAJ in its investigations, and hoped that the Commission would “make an early decision on the matter.”

Amongst the claims of malpractice made against Mr Kyerematen was the payment of ¢32 billion by EDIF to the Ministry, which was given to five selected private companies for the refurbishment of the former GNTC properties at Adjabeng, Accra – a transaction which Mr Arthur said was made contrary to legal advice provided by the Attorney General.

“The Attorney General advised that the request from MOTI for the payment of the money was illegal and offended the provisions of the EDIF law and that the Board (of EDIF) would be acting ultra vires if it acceded to the Minister's request,” he wrote, in a petition letter dated April 21.

“There is evidence that the whole Adjabeng Warehouse could be rebuilt anew at a cost of no more than US$500,000 or ¢4.7bn and yet over ¢30bn has been allegedly spent by MOTI which appointed contractors without complying with the provisions of the Public Procurement Act.”

He further alleged that “the monies were in effect free monies to the private companies chosen by the above-named public officers, i.e. Mr. A.S. Bekoe [the Director of Finance, Human Resources and Administration of the Ministry of Trade and Industry] and Hon. Alan Kyeremateng in spite of the legal advice from the Attorney General that the request is unlawful.”

He also questioned the conduct and credibility of EMPRETEC Ghana Foundation as the guarantor financial institution which facilitated the transactions.

He then charged that Alan Kyerematen has caused financial loss to the state by his conduct as well as that of Mr Bekoe.In a press statement yesterday, however, the Trade Minister roundly rebutted the claims, saying, “the allegations are inspired by ill-will, political treachery and deceit all calculated to tarnish my reputation and public image both locally and internationally.”

In a three-page April 21 letter, the petitioner, Mr Arthur, had identified himself as, “a Government appointee and a representative of the private sector on the 1st Board of Directors of EDIF from 20th September, 2001 to 23rd October, 2006 when the Board was reconstituted by the Minister of Trade, PSI and Private Sector Development, Hon. Alan Kyerematen.”

Why then, asks the Trade Minister, did Mr Arthur, “not conduct the necessary due diligence on the beneficiary companies at the time the Board approved the loan and is now only complaining after the Board had been dissolved long after the expiry of its term of office and had himself ceased to be a member of the Board.”

Mr Kyerematen further points out that it is in his interest to support Ghanaian companies to create wealth and jobs; any allegation to the contrary is “difficult to comprehend,” he contends.

More so, because neither the Ministry nor the Minister has any control over the approval process and decisions of the EDIF Board.

Not only does the Trade Minister protest his innocence, but he also questions the conduct of his accuser, promising that in due course evidence will be provided to “establish the personal role that the petitioner and other members of the Board had played in promoting a joint venture project between a Ghanaian company and a South African company,” which was about to benefit from a $3m dollar loan facility from EDIF, according to Mr Kyerematen. The initiative was aborted with the timely intervention of the Ministry, he says.

Another contention of Mr Arthur had been the reconstitution of the EDIF Board – a contention the Trade Minister responds to by pointing out that the reformation took place at the express authority of President John Agyekum Kufuor, the old Board having expired a year or so before.

On the matter of EMPRETEC, Mr Kyerematen says the nature of that company has no relevance to the other allegations.