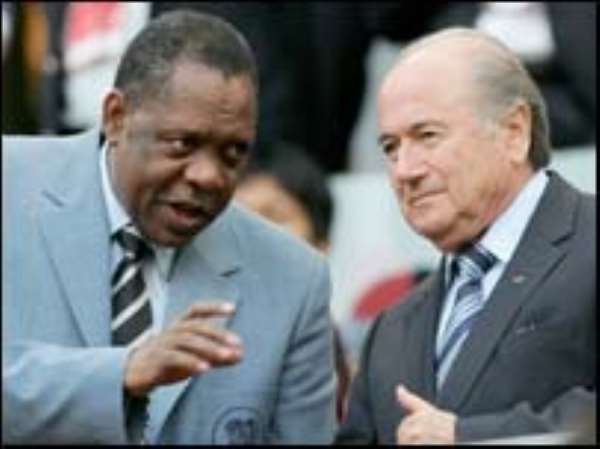 The African Union confirmed the launch of the International Year of African Football at its meeting in the Ethiopian capital Addis Ababa.

The initiative has been set up to coincide with this year's 50th anniversary of the Confederation of African Football (Caf), which was founded in Sudan in 1957. Caf President Issa Hayatou and his Fifa counterpart Sepp Blatter both addressed African heads of state and government on Monday at the 8th African Union Summit in Addis Ababa.

Hayatou paid homage to all those who have fought for African football in the past 50 years in order to secure it the place it deserves.

Blatter's speech to the AU focused on the 2010 World Cup in South Africa and the ? Win in Africa with Africa? initiative,

He emphasised that "for Fifa and the whole world, taking the Fifa World Cup to Africa is practically a moral obligation to African football and to the African people."

He also appealed to African governments and the international community to get behind the development of Africa and proposed football as the vehicle for educational, social and health initiatives.

The president also said that football can be used as a tool in the fight against discrimination so as to reinforce national unity.