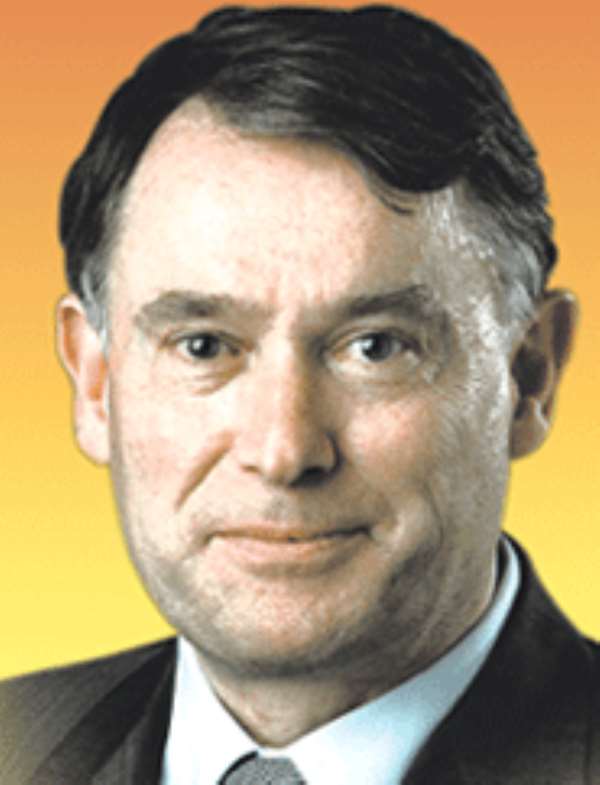 The President of Germany, Mr Horst Kohler, was given a rousing welcome at the Kotoka International Airport in Accra yesterday to begin a four-day official visit to the country.

Mr Kohler was accompanied by his wife, Mrs Eva Luise Kohler, and a 170-member delegation, including government officials and business men and women.

After the exchange of greetings and the presentation of bouquets by Sheresh Poku, an eight-year-old pupil, and Joelle Poku, a seven-year-old pupil, both of the West End International School at Kasoa, President Kufuor and the visiting German Leader mounted the dais while the national anthems of Ghana and Germany were played against the backdrop of a 21-gun salute.

Mr Kohler then interacted with the welcoming party after he had inspected a guard of honour mounted by a contingent of the Ghana Navy.

In attendance at the airport was the Ghana Dance Ensemble of the University of Ghana to entertain the visiting German leader and his delegation.

He was also expected to attend a state reception in his honour at the Accra International Conference Centre.

According to a programme line up, he will pay a courtesy call on the Asantehene, Otumfuo Osei Tutu ll, at the Manhyia Palace today and visit the Kwame Nkrumah University of Science and Technology (KNUST), where he will discuss the issue of brain drain with students of the university.

President Kohler will also attend the second conference of the Partnership with Africa from January 12 to 14 at the Kofi Annan International Peacekeeping Training Centre at Teshie in Accra.

The conference, which will be on the theme, “Two Generations, One Future”, is a sequel to the first Africa Conference convened by President Kohler in Bonn in November 2005.

Ghana and Germany enjoy cordial bilateral relations which date back even before Ghana's independence. In June 2002, President Kufuor visited Germany on a four-day official visit, which was reciprocated by the then German Chancellor, Gerhard Schroeder, in 2004.

In another development, President Kufuor received special message from President Pierre Nkuruziza of Burundi. The contents of the message, delivered by a special Burundian envoy, were not disclosed.

He also granted audience to a Libyan envoy, Dr Ali Trieki, the Secretary for African Union Affairs of the General People's Committee for Foreign Liaison International Co-operation, at the Castle, Osu.