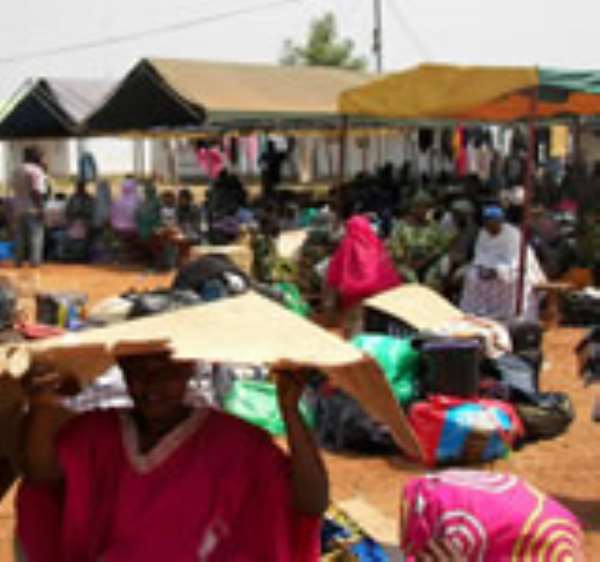 The government says it will ensure that the interest of all disappointed pilgrims is protected as the National Hajj Council prepares to discuss the next line of action after failing to fly them to Mecca for this year's Hajj.

Some four hundred pilgrims could not embark on the Holy Trip following some organizational difficulties and have started the journey back to their homes. While some described the situation as embarrassing, others said there was no need for the Hajj Council to delay in refunding about 20 million cedis each paid to enable them make the trip.

The Hajj Agents Association has already asked the National Hajj Council to refund with immediate effect the monies they received from the pilgrims.

The Council has said it will hold a stakeholders meeting on the issue and will organize a news conference on Friday to clearly address all the inherent issues.

But an Aide to the Vice President, Yaw Buabeng Asamoah in contributions to Joy FM's Super Morning Show discussion of the subject, assured the pilgrims that their interests would be protected at all times.

“It's not just money. It's not just a question of giving the people's money back. There are administrative processes and all that. Government will watch very closely what is done. The thing is that all interests particularly that of the pilgrims will be protected. Government will ensure that whatever decisions stakeholders come to are decisions that protect the interest of stakeholders.”

Mr. Asamoah Buabeng said the government did its best to assist the Council after it realized that the latter was faced with some organizational difficulties.

The Hajj organisation has been dogged with difficulties in the past cumulating in the formation of the National Hajj Council to address those challenges.

But this year's problem has again brought to the fore arguments that the organisation of the pilgrimage be privatized. The National Hajj Council agrees and Mr. Buabeng Asamoah said the government will help the Council to get people who can help in that direction.

“Government tried to facilitate all their operations, their financial operations and what have you. They themselves had logistics problems because the timing was wrong, too short.”

The Ghana Hajj Agents Association also agrees with the privatization of the pilgrimage, saying this will bring some sanity.

A representative of the agents said they may have to come to terms with the need to privatize the logistics part f it “because basically what it is that somebody wants to pray but the person must be transported there, the person must be housed whiles they are praying?

“So you have to find a private operator who's capable of paying the aircraft in advance, paying for accommodation in advance and certifying that those services will be available when needed.”

Meanwhile Saturday, December 30, has been declared the day for the celebration of this year's Eid- Ul-Adha, the Muslim Festival of Sacrifice.

A statement released by the Chief Imam and Ameer and Missionary in charge of Ahmadiyya Muslim Mission in Ghana said prayers would be offered in all regional and district capitals.

According to the Ghana News Agency in Accra, prayers would be offered at the Independence Square, Ashongman, Burma Camp and other places in the Metropolis.