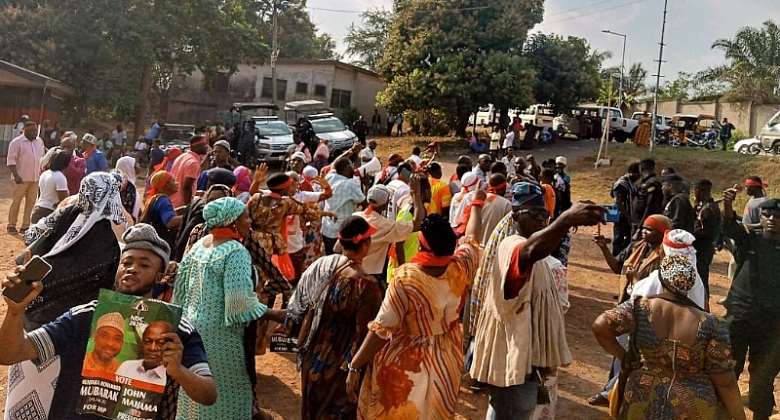 Armed policemen have been deployed to maintain law and order at Asawase after supporters of the Member of Parliament (MP) for the constituency, Alhaji Muntaka Mohammed, took to the streets to protest his removal as the minority chief whip in Parliament.

Scores of supporters of the MP, clad in red, mounted road blocks and burnt lorry tires and forcibly locked the party office.

Mr Muntaka has been changed as the minority chief whip following a reshuffle by the national leadership of the party.

His place was taken by Mr Kwame Governs Agbodza, the MP for Adaklu.

Mr Mahdi, addressing the press conference, described the action by the national leadership of the party as “undemocratic and lacks proper consultation”.

He said the decision was “against the rule of justice and biased to northerners in the party.”

Mr Mahdi explained that northerners and zongos, had been the “basket of votes for the party for a long time and they see no reason their icons should be changed.”

He said Mr Muntaka and Mr Haruna Iddrisu played tactical roles for the party in Parliament and the members were worried that the changes, if even necessary, should had been delayed until the election of a flag-bearer for the party.

The Ashanti regional chairman of the party, Nana Akwasi Andrews, who addressed the protesters, asked them not to take the law into their hands, but exercise restraint while the party leadership work to resolve the issues.