Political wrangling in NPP is a source of worry 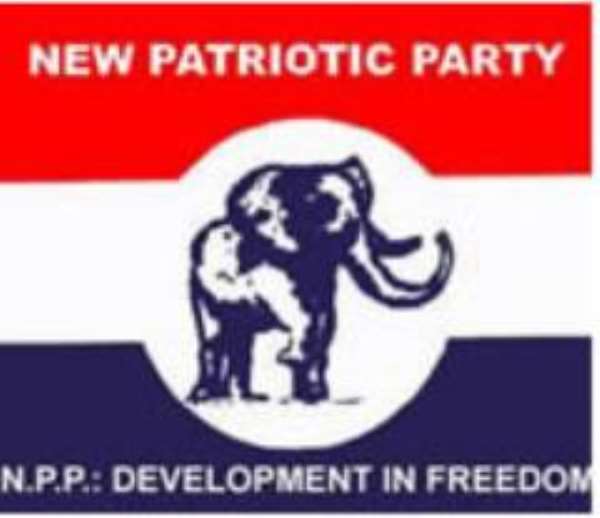 The New Patriotic Party (NPP) Young Elephants Wing of the Bunkpurugu/Yunyoo District and the Women's wing of the Party have expressed fears of a looming political unrest in the district if swift measures were not taken to unite the two factions of the constituency executives.

At a press conference on Saturday in Bunkpurugu, the Secretary of the Young Elephants, Mr. Konlan Mathew Kok, accused the current executives, who had assumed office four months ago for masterminding the unrest in the district.

He said since the present executives assumed power, they had never worked to re-organise the NPP or put the various structures in their rightful places but instead, they were always fighting the District Chief Executive, Madam Princess Elizabeth Pijit Tuyari and the youth for no apparent reason.

Mr. Kok said this state of affairs was having adverse effects on the growth of the Party in the district.

For instance, since assuming office, they have been writing petitions against Madam Tuyari without consulting the various party structures, he said, adding that they have also engaged the services of six notorious non-party boys to physically assault the DCE and her driver.

The Secretary said frequent meetings were called without the prior notice of the DCE while secret meetings were also held between the new executives and Mr. James Asante Baffoe, the District Coordinating Director, against the DCE.

Mr. Kok said the new executives had vowed not to recognise or work in harmony with the DCE because she was not a Bimoba and this was promoting ethnic politics in the district.

The Young Elephants therefore called on the National Executives of the NPP to address the impasse before it degenerates into an unhealthy situation for both the community and the Party.

Mr. Kok mentioned Lawyer Dubik Mahama, a former parliamentary candidate of the NPP, as the mastermind of the confusion within the party.

"What we know is that he contested with Madam Tuyari for the DCE post but lost and we consider all his actions as vindictive as he has vowed to see to the removal of the DCE so that he could get the chance", he alleged.

Mr. Kok said the DCE had been effective and efficient since she assumed office and that her relations with the workers, and people as well as the chiefs have been excellent.

Lawyer Mahama, when contacted said he would be the last person to promote ethnic sentiments in the district, adding: "I will always stand for peace and unity as well as the growth of NPP in the district".

He said it was the DCE who came out with a new album with names and pictures of the current executives with the mind of using them in her favour but unfortunately fell out on the way.

Lawyer Mahama said the political confusion in the district was not his brainchild as being alleged but that of the DCE and the old executives.