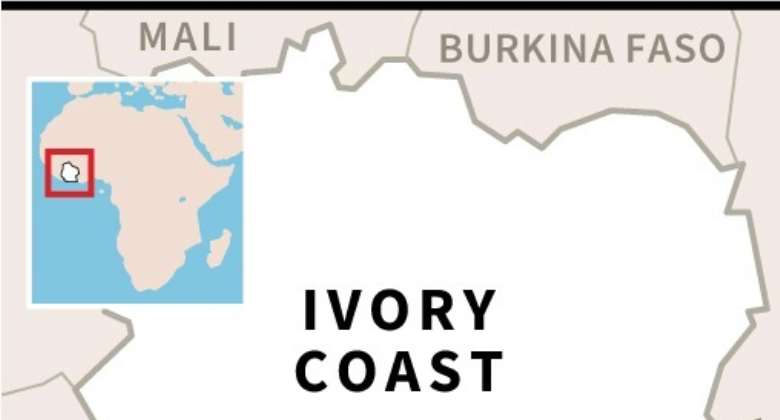 Traffic accidents are common and often deadly in the West African country. By Tupac POINTU (AFP)

The victims included nine men and five women and the injured have been taken to Yamoussoukro hospitals, firefighters announced.

The cause of the accident, which occurred on the southern outskirts of the city, was unclear.

Traffic accidents are common and often deadly in the West African country, with many vehicles and roads poorly maintained.

Crashes are also frequently down to driver error -- the practice of buying a licence from corrupt examiners is widespread.

Road accidents are the primary cause of death among Ivorian children and young people aged between five and 29, according to the transport ministry.

In August last year, 37 people were killed and 13 injured in two road accidents near Yamoussoukro and the economic hub Abidjan.