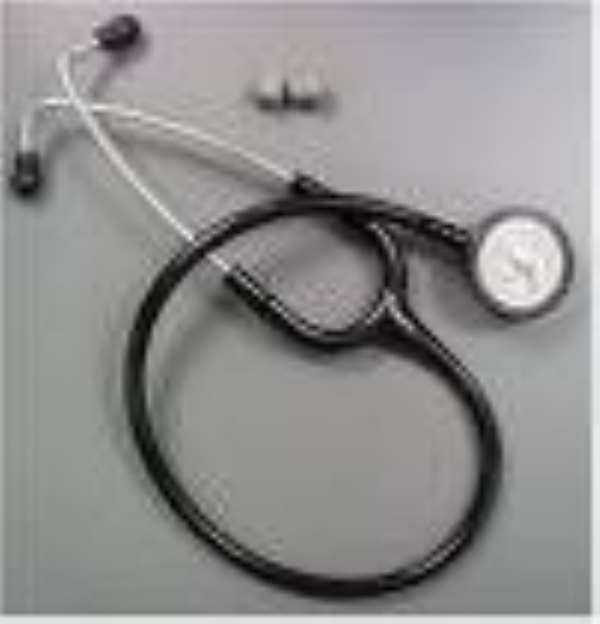 The Ghana College of Physicians and Surgeons has called on the Government to as a matter of urgency establish a proper Emergency Centre in the Accra-Tema Metropolis to attend to the numerous accidents and emergency cases.

The citing of the Accra-Tema Metropolis is because of its large population, concentration of industries, sea and airports as well as heavy vehicular traffic.

Speaking at the opening of the Third Annual General and Scientific Meeting (AGSM) of the College in Accra, Professor Paul Nyame, Rector of the College, said resources for managing medical emergencies in the country was unacceptably poor and the absence of specialist emergency physicians had also worsened the situation

"We are anxious to attract young practitioners for training in Emergency Medicine and we are disappointed that so far no recruits have been attracted into the specialty", he said.

The three-day AGSM meeting under the theme: "Conflicts, Disaster and Emergencies" would be treating topics including “Clinical Emergencies in Malaria”; “Mental Health in Disaster Afflicted Areas: Experiences in Some Developing Countries”; “Unusual Blast Injury from Locally Manufactured Gun: A Case Report” and “Assessment of Quality of Labour and Delivery of Care in Hospitals”.

Prof Nyame noted that for reasons of ignorance and poverty many people were forced to go to hospitals when their ailments had reached an emergency stage.

He commended the Government for undertaking construction of the emergency centres at the Komfo Anokye Teaching Hospital in Kumasi and called for the upgrading of the other emergency facilities in other hospitals.

He called for the re-establishment of Medical Research Council, adding that research would be an integral part of some of the fellowship programmes of the College, which might follow residency training.

Prof Samuel Ofosu-Armah, President of the College, suggested the establishment of rotational system that would ensure equitable distribution of medical practitioners in the country.

He noted that despite all the efforts put in to ensure quality health system, "it still remains inequitable and poorly developed".

He described the health information system as rudimentary that needed development to allow for greater reliability in reporting and in analysis.

"The health system is short on monitoring and evaluation and our health indices indicate disappointing progress in the health of the Ghanaian. There is severe under-investment in personnel; plant and equipment; housing; sanitation and prevention of diseases and there is serious lack of participation of communities and their organizations".

Prof. Ofosu-Armah noted that the College had a long way to go looking at the challenges and called for cooperation from other sister colleges to tap and share knowledge and experience.

"I also call on the Head of Departments and Chief Administrators of the teaching hospitals to apply the rules governing residency."

The Speaker of Parliament, Mr Ebenezer Begyina Sekyi Hughes called on the College to develop training programmes to train specialists in emergency medicine to deal with the fallout from conflicts, disasters and emergency situations that might befall the country.

He said causes of conflicts were caused by prolonged unaddressed grievances; religious intolerance and bad governance and stressed the need to uphold good governance to keep the nation on the path of freedom; justice; peace and stability that would create the environment for socio-economic development.

We’re passing a law to nib LGBTQI+ activities in the bud — B...
45 minutes ago