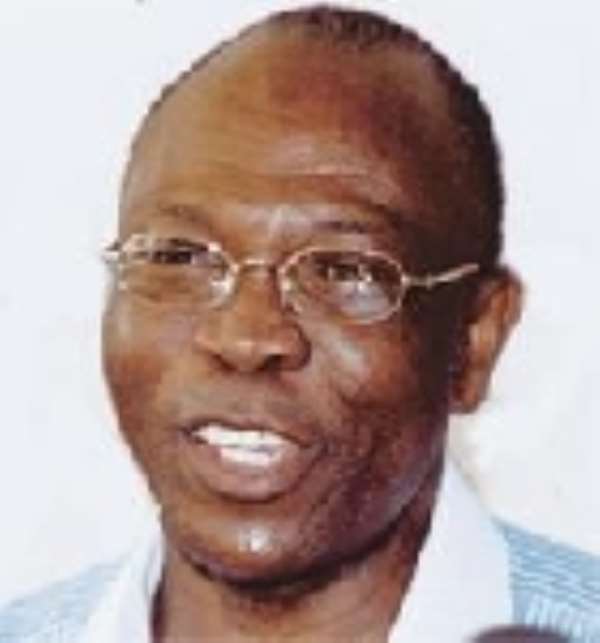 Mr. Eddie Annan, one of the contestants in the National Democratic Congress (NDC) presidential race, yesterday presented his nomination papers to the National Executive Committee (NEC) of the party.

This followed his full payment of a nomination fee of ¢100,000 million.

Three other contestants, Dr. Ekwow Spio-Garbrah, Alhaji Mahama Iddrisu and Prof. J.E.A Mills, according to party sources, were yet to make their official presentations in the coming few days, to beat the December 7 deadline.

Speaking at a brief presentation ceremony at the party's head office in Accra, Mr. Annan, flanked by NDC's general secretary, Johnson Asiedu Nketia and Ofosu Ampofo, national organiser, boldly declared that his nationwide vigorous campaign carried out so far to solicit for more votes, was not only meant to win the party's presidential slot, but also, to work extra hard in becoming the next president of Ghana.

“Eddie Annan is not only contesting to become NDC's flagbearer, but also, the next president of this dear country of ours,” he affirmed.

The MASAI Company Chief Executive, who is set to continue his campaign with trips to already-visited areas, said he would not disappoint the party if elected, as he would do everything humanly possible to win the ultimate slot in December 2008.

The party, he said, would however not succumb to discouraging utterances from opponents, but continue to hold on to its vision of becoming the next government, come January 2009.

“No amount of words from our opponents would deter us from pursuing the vision NDC has for this country,” he stated.

Mr. Ampofo, who is also a member of the National Planning Committee of the impending presidential congress, confirmed that all was set for the two-day congress slated for December 20-22.
“We are doing everything possible to ensure a trouble-free, fair, secured and transparent congress,” he emphasised.

He denied media reports that the party was making arrangements to prepare special meals for the congress delegates.

Daily Guide can confirm that Prof. John Atta Mills, one of the party's presidential hopefuls, yesterday held a special meeting with a section of the Zongo Caucus of the NDC at the party's headquarters, to further explain his vision for the party to them.

Nii Lantey Vanderpuye, a member of Prof. Mills' campaign team, confirmed to Daily Guide that the law professor would soon follow suit in presenting his nomination papers before the December 7 deadline.

Party sources said over 2,500 delegates were expected to storm the campus of the University of Ghana, Legon, for the party's congress.

Why won't National Security operatives assault journalists i...
55 minutes ago