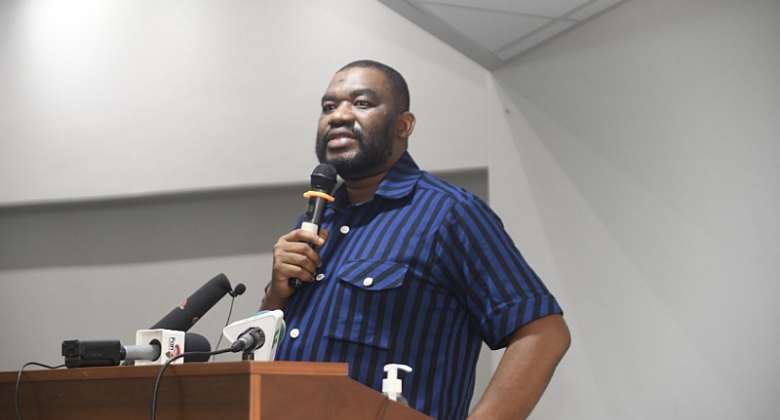 The Ghana Mineworkers’ Union (GMWU) has urged government to add value to the country’s mineral deposits and other raw materials before export.

They believe the current trend of exporting raw materials is not generating enough revenue for the country.

Mr. Abdul-Moomin Gbana, the General Secretary of the GMWU, speaking at the union’s National Executive Council meeting and forum, aimed at "Awakening Working-class Consciousness for Ghana's Accelerated Growth and Development" at the Ghana Shippers Council Auditorium at Ridge, Accra on Thursday, December 8, said value addition will increase Ghana’s revenue mobilisation from the sector.

“Halt raw material exportation and add value now," he urged government, explaining that, "Africa’s vast mineral wealth should be an important driver of its structural transformation. Instead, it has spawned gloomy tales of a ‘natural resource curse’ on the continent."

He added, "It is clear that Africa has not harnessed the full potential of its mineral endowments for sustainable, inclusive development."

He said the failure of many African countries to process their raw mineral resources before exporting them to the outside world is the reason they still live in extreme poverty.

He noted that the Europeans are taking advantage of the African inability to industrialise to produce finished goods from their own raw exports and to sell them back to them at exorbitant prices.

For the frequent IMF bailout by these countries to be checked, Mr. Moomin believes his suggestion must be taken into consideration for these countries to get a larger share of their minerals unlike what they have been getting now.

“Mineral resources are extracted mainly for processing and use outside the continent, and mineral sectors have remained an enclave, disconnected from broader economies. As host to 30 percent of the world’s total mineral reserves, the sharp contrast between natural resource abundance and poverty in Africa is troubling," he lamented.

“In several mineral-rich African countries—Zambia, Mozambique, Angola, and Nigeria—public debt and fiscal stress are rising as governments seek to plug the huge gaps in national treasuries left by falling revenues. Ghana, Zambia, and Mozambique have already turned to the IMF for fiscal bailouts," he stressed.

According to him, "While it is clear that Africa needs to create local value from mineral extraction, build industries, and create jobs, it is equally important to recognise the influence of underlying structural factors in realising the transformative ambitions of the AMV."

These, he said, include "the weak capacity in state regulatory institutions, the lack of effective, coordinated industrialization strategies in many African countries that link mining with manufacturing, agriculture, and service sectors, and the shrinking policy space available to African states in the global political economy."