Journalists urged not to be economical with the truth 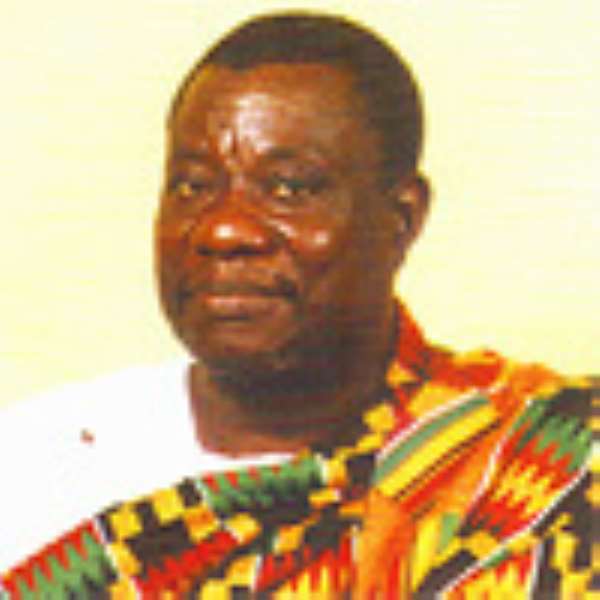 Former Vice-President and National Democratic Congress flag bearer for the 2004 general election, Prof. John Evans Atta-Mills, on Friday urged journalists not to be "economical with the truth, which is one of the strong pillars on which the nation stands".

He noted that truth had become "an essential commodity" in the country as people lacked respect for the truth, a necessary tool for the progress of any society.

The former Vice-President was interacting with a section of the media in Sunyani to react to recent newspaper publications about the state of his health and uncertainty surrounding his bid to contest the presidential slot.

His visit was also to convince and solicit votes from delegates in the Region ahead of the party's national congress scheduled for next month.

Responding to a question about why he had to travel to China and then later to South Africa to seek medical attention, he said he went to China but could not receive any treatment because of the language barrier.

Prof. Mills said his nephew in South Africa later invited him for holidays and it was there that he had treatment.

Frail-looking and relatively worn-out Prof. Mills expressed regret that publishers were cashing in on his health condition, adding, "It is just human to fall sick like everybody else ".

"Everybody falls ill. I am not a superman. Can't Atta Mills fall sick? I was surprised to read that I had gadgets fixed on my ears because I couldn't hear properly. Nobody wants to carry excess weight but I am much, much healthier today than I was some ten years ago", he said.

Touching on his programme of action for the country if he should win the presidential race, he said his government would target education and agriculture sectors as major development priorities for the accelerated development of the nation.

Prof Mills promised to give Ghanaians hope and security as a decent and caring government.

He said the NDC had observed with grave concern that the current government was destroying the very foundation laid to propel the country into socio-economic prosperity.

"The country is currently plagued with corruption, ethnicity, energy crisis, falling standards of education and unemployment", the former Vice President said.Professor Mills said he expected President Kufuor to have acted in a more statesmanlike manner by calling for a news conference to table down evidence of former President Rawlings's purported plans to stage a coup and not to expect to score cheap political points with such utterances.

He frowned on the government's agreement with the US on the Millennium Challenge Account, saying it would not allow the country to compete favourably in trade with the USA.

The NDC presidential aspirant criticised the government for allocating 20 billion cedis towards next year's Independence Golden Jubilee Anniversary celebration, saying instead the money could be suitably used to provide accommodation for tertiary institutions.

The former Vice President questioned government's intention to relocate the Osagyefo Barge from Efaso in the Western Region to Tema, saying the decision would rather increase the unemployment situation in the country.

Mr Mahama Ayariga, Member of Parliament for Bawku Central said the NDC was convinced beyond any reasonable doubt about Prof. Mills' chances of annexing power in 2008.

"We looked at the issues involved in the 2000 elections, whether or not there should be continuity of the NDC, it was not about personality but about whether the legacies bequeathed to the NDC must continue and NDC's defeat must not be attributed to the personality of Prof. Mills".

"He is well marketed, well known and has the requisite experience to run a state. He has a strategic advantage over the others", he said of Prof. Mills.

Mr Ayariga blamed the government for committing the media to pursue vile propaganda and personal vendetta against some high-ranking members of the NDC as part of a plot to damage the reputation of the party as a credible democratic group.

Prof. Mills would complete the final lap of his campaign in the Upper East and Upper West Regions and the Northern Region.

He has already toured the Volta, Greater Accra, Western, Central, Eastern and the Ashanti regions.