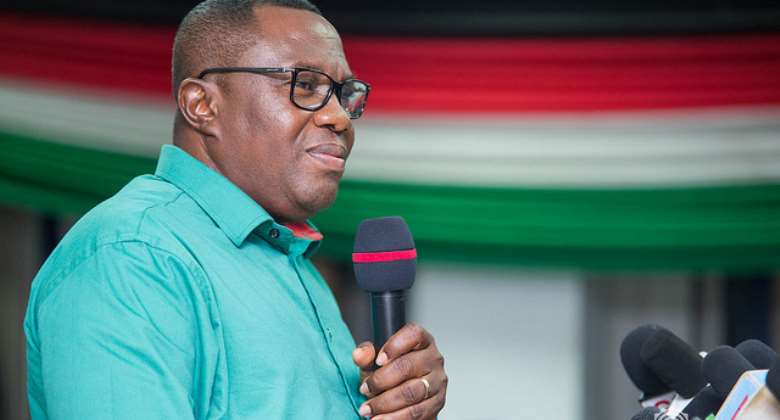 The Volta NDC Rebirth Group has pledged their support for Ofosu Ampofo to become the national chairman of the ruling National Democratic Congress (NDC).

The group is made up of youths, women and some carders drawn from Oti and Volta Region. They made the pledge in a statement issued to the press in Ho.

Their solidarity message came in few days to the national congress.

The group led by former TEIN Executive, Delanyo Agbe said among those aspiring for the national chairmanship of the party, “ Chairman Ofosu Ampofo towers above them all because of his ability to carry everyone along and his level-headedness”.

According to Delanyo, Mr Ampofo has performed creditably as a National Chairman using his position to touch the lives of the ordinary people within and outside the Party.

“Mr Ofosu Ampofo has been able to build bridges of friendship across the length and breadth of this country, he is one person that is accessible and communicates with everyone easily.

“Chairman Ampofo is the only person that can further unite all the groups in our party and lead our party to victory in the 2024 general elections,” the group said while soliciting the support of all stakeholders.

"We have also commenced Phone Banking of delegates and also prayers in mosques and churches across the region to seek spiritual blessing for the Ofosu Ampofo chairmanship project,” Delanyo said, adding that the prayers will be held regularly till “we achieve success”.

The group therefore charge Mr Ampofo to reinstate members who were expelled by the General Secretary within 50 days in Office.

The group, however, urged Party Delegates across the country not to hesitate in voting for the national chairmanship of the party to someone who has never disrespected its party founder Jerry John Rawlings, saying: “doing this will attract the support of the people of the region who are hardcore Rawlingsist to the party and translate to votes for the NDC in future elections”.

The organizer Comrade Delanyo said, "we are mobilizing support and to ensure that no stone will be left unturned to ensure victory in the national Congress."

Election violence in Nigeria's south east is threatening to ...
28 minutes ago