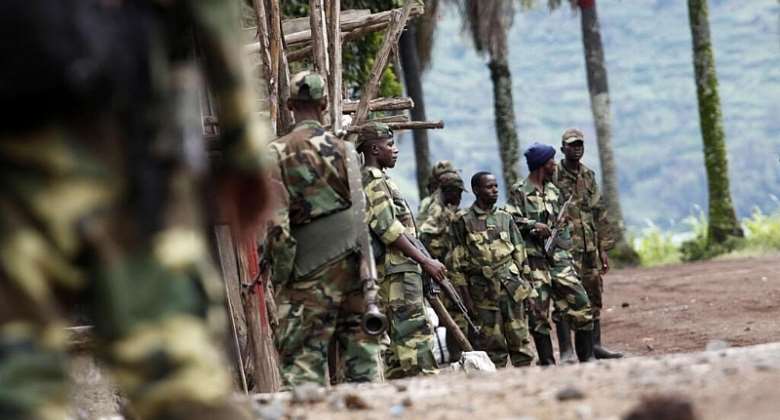 President Felix Tshisekedi of the Democratic Republic of Congo and the Rwandan Foreign Minister Vincent Biruta have agreed to a ceasefire in the eastern DRC, due to come into effect on Friday evening.

Eastern DRC has been the scene of fierce fighting in recent months between Congolese troops and the M23 rebel group.

The authorities in Kinshasa have accused Rwanda of aiding the rebels, a charge denied by Kigali.

At a summit in Angola's capital Luanda this week, the neighbouring nations agreed to demand "the immediate withdrawal of M23 rebels from the occupied areas", according to Angolan Foreign Minister Tete Antonio, who facilitated the talks.

The East African Community (EAC), of which Rwanda and DR Congo are members, has promised to deploy a joint force to quell the violence. Kenya, Burundi, Uganda, South Sudan and Tanzania are the other EAC nations.

The Luanda agreement warns the rebels that "if they refuse to disengage and liberate all zones which they currently occupy, the heads of state of the East African Community nations will instruct the regional force to use the means necessary to force them to surrender".

Kenyan soldiers arrived in the DRC earlier this month and Uganda says it will shortly deploy around 1,000 troops.

The UN Security Council has called for a halt to fighting, for the M23 to withdraw from occupied areas and for the end to "all external support to non-state armed actors, including the M23".

The M23, a largely Congolese Tutsi militia, has seized swathes of territory across North Kivu province, edging towards the region's main city of Goma.

The DRC and Rwanda agreed to a de-escalation plan in July, but clashes resumed the following day.

On Tuesday, Kinshasa said it would not sit down for talks with M23 rebels until the group withdrew from the areas it controlled.

The M23 first came to prominence ten years ago when fighters captured Goma, before being driven out and going to ground.

The rebel group re-emerged late last year, claiming the DRC had failed to honour a pledge to integrate former fighters into the regular army.

The idea of integrating rebel groups into the army was borne out of a 2003 agreement at the end of the five-year Second Congo War.

Congolese leaders ended the policy in 2013, judging it ineffective. In some instances, rebels who had been brought into the army launched mutinies.

Juvenal Munubo, a member of the Congolese National Assembly's defence committee, is critical of the practice. Mixing rebels with soldiers had failed to build a force that was loyal to the DRC and its constitution, he said.

"It would be a historic mistake to integrate the M23 or other groups into the army," according to Munubo.

The only solution is for the rebels to surrender, disarm and return to civilian life, he said.