2023 budget: It’s a killer one, no wonder Akufo-Addo insisted Ofori-Atta should read it himself — Sulemana Braimah 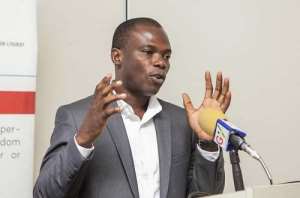 Executive Director of the Media Foundation for West Africa (MFWA), Mr. Sulemana Braimah sees the 2023 budget statement and economic policy as a "killer" one with no assurance for smooth economic growth.

He argued that the President is aware the budget is empty which is why he convinced the NPP MPs to allow Ofori-Atta present it.

According to the vocal media freedom advocate, who asserted in a tweet seen by Modernghana News on Thursday, November 24, the budget is only going to inflict severe hardships on Ghanaians.

“Now I understand why President Akufo-Addo was insistent that MPs should allow Ofori-Atta to at least present the budget before he goes. Certainly, no one else would have agreed to present such a killer budget, which will only increase the suffering of the masses,” he wrote.

Reading the 2023 budget statement and economic policy in Parliament on Thursday, November 24, Mr Ken Ofori-Atta, the Finance Minister, announced that there will be a 2.5 percent increment in the Value-Added Tax (VAT) effective 2023.

The minister noted that there will be no more public sector employment for 2023.