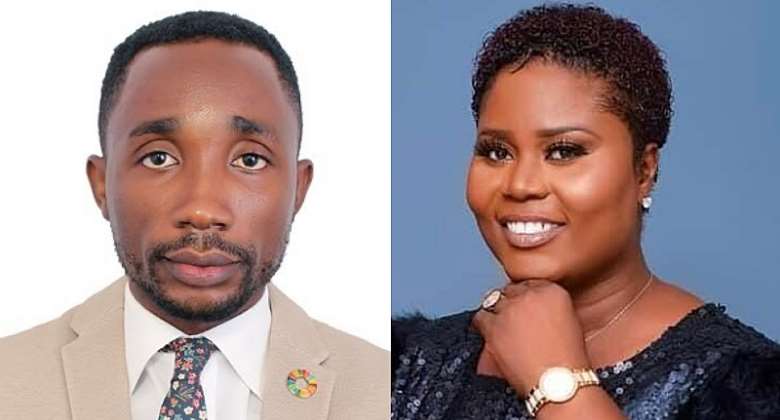 Deputy Director in Charge of New Media at the Office of the President, Mr. Samuel Bryan Buabeng, has slammed "hypocrite" NDC supporters about the latest Jomoro MP court ruling.

After about 20 months of legal battle, a case challenging the citizenship of the NDC Member of Parliament for Jomoro Constituency in the Western region, Dorcas Affo-Toffey has been settled.

A constituent, Joshua Emuah Kofie, filed a case at the Sekondi-Takoradi High Court 202, challenging the eligibility of the MP to contest as a representative of the people in the constituency on the ticket of the National Democratic Congress (NDC).

According to the complainant, the legislator holds multiple nationalities, including American and Ivorian citizenship, which the 1992 Constitution forbids, especially when such an individual seeks a key position in the country.

However, the case was dismissed on Monday, November 21, by the Sekondi High Court presided over by Justice Dr. Richmond Osei Hwere on the grounds that the MP was eligible to contest because she lost her Ivorian citizenship at the same time she acquired her Ghanaian citizenship.

When asked about her American citizenship, the MP denied having it.

Reacting to this, Mr. Buabeng asked the jubilant NDC members if they have now realised the judiciary is no longer under the control of the ruling NPP or President Akufo-Addo as they have always been alleging whenever they lost a case including the 2020 election petition.

In a tweet on Monday, November 21, seen by Modernghana News, the vocal presidential staffer wrote, “I guess our Judges are no longer NPP fanatics and our Courts aren’t doing Nana Akufo-Addo’s agenda. SMH (Shaking my head).”