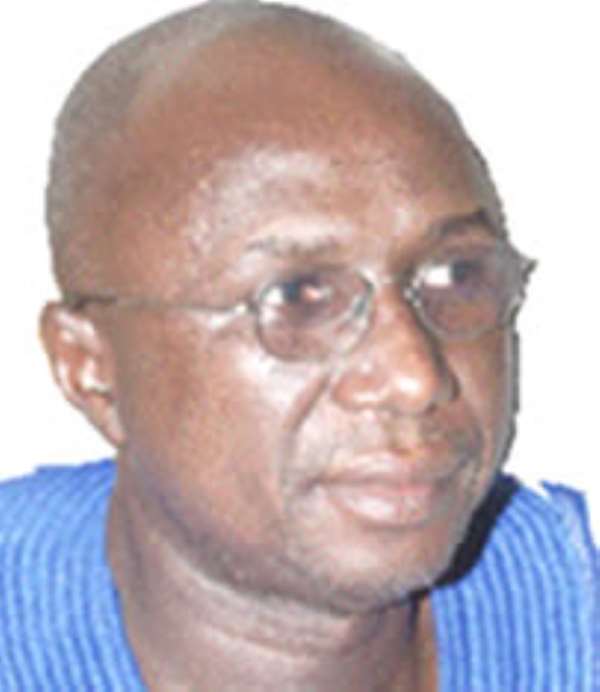 The Upper West Regional Minister, Mr Ambrose Dery, has refuted allegations by the three royal gates of the Wa Traditional Area that he attempted to assassinate Alhaji Issah Seidu III who claims to be the Wa-Na elect.

The three royal gates of Wa at a news conference in Accra on Monday condemned the assassination attempt on their traditional head, Naa Alhaji Seidu, on Eid-Ul- Fitr in Wa.

The spokesman of the three royal gates, Degu Naa Saaka Abudu Darimani, alleged that the plot to assassinate the Wa Na-elect was orchestrated by the people from the Nakpaha gate, the fourth gate of the immediate Wa Na-elect with support from the regional minister.

Mr Dery described the allegations as not only baseless and unfounded, but were also aimed at destroying his high-earned reputation.

He was speaking in a telephone interview in reaction to issues raised by the Degu Naa who acted as a spokesman for the three gates at the news conference in Accra, during which he accused him of being the brain behind the alleged assassination attempt on Alhaji Seidu.

He said the said Seidu who recently returned from the United States of America (USA) was not a Wa-Na elect but an impostor who wanted to create confusion in the Wa traditional area.

“As I am not a king maker of the Wala Traditional Council, I am prepared to receive anyone who would be enskinned by the three gates as the substantive Wa-Na.

I will get to know the chief-elect when he is outdoored by the Wala Traditional Council and the council and the Regional House of Chiefs inform me officially,” he stressed.

The Degu Naa explained that on the day of the assassination, the Wa Na- elect had gone as a devout Muslim to pray with his fellow Muslims when some miscreants made a surprise attack on him and his elders as they were performing their Eid-ul Fitr prayers.

He alleged that they succeeded in pouring petrol on his Mitsubishi Jeep and attempted to burn his car when some sympathisers whisked him away, but the miscreants succeeded in seizing his royal umbrella which they burnt as well as inflicting cutlass wounds on some of his sub-chiefs.

The Degu Naa alleged that all these happened in the full glare of armed police personnel who looked on unconcerned.
He said the only concern the policemen showed was to fire a warning shot when one of the attackers started firing indiscriminately at the crowd.

Naa Dramani said their investigations revealed that the attackers had the support of the Regional Minister and the heavy police presence was a pretext to protect the attackers as none was arrested by the police.

He said their suspicion was also strengthened by the fact that the Regional Minister went to the police station to lodge a complaint against the Wa Na -elect to the effect that it was his car which knocked down somebody which led to the assassination attempt on him.

Explaining Mr Dery said, “ What I know is that from security sources, someone identified only as Issah came from America last year and declared himself as the paramount chief of the Wala Traditional Area.

On the events that brought the disturbances at Wa recently, Mr Dery said, on October 23, this year, which was a national holiday, he went to his office to receive Muslims after their prayers on Eid-Ul-Fitr.

He said it was at the office that he had an idea that only the Ahmaddis would pay him a visit to greet him since the orthodox Muslims would celebrate the festival the next day.

The regional minister stated that ob October 24, this year, he received the orthodox Muslim after their prayers.

He said while in the office, he had a report from the security personnel that there was pandemonium at the durbar grounds because someone's umbrella had been burnt by an unknown person.

Mr Dery stated that a handful of policemen at the scene fired warning shots to restore peace.

According to him, the disturbances occurred before the prayers, so police reinforcement was sent to the place to restore law and order to pave the way for peaceful prayers.

Touching on the selection of the Wa Na, the spokesman said after the death of Naa Yakuku Seidu from the fourth gate it became clear that Naa Issah Seidu automatically became the next king of the Wala Traditional area.

He explained that Naa Seidu was duly nominated by five out of the seven king makers of the Wala Traditional Council and had undergone the appropriate traditional rights to ascend the throne of the Wala traditional area.