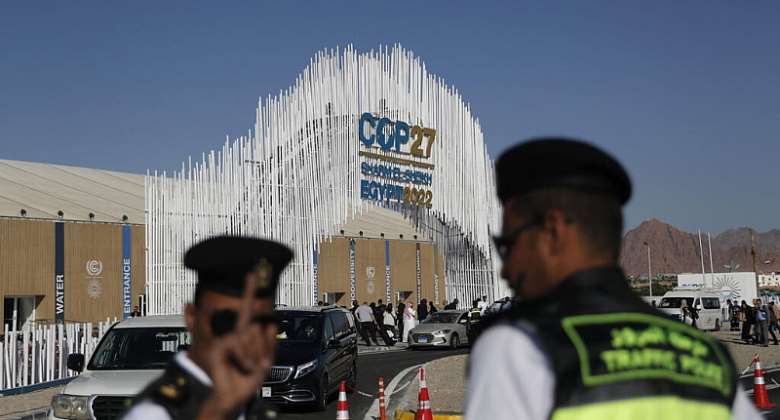 Attendees of the Cop27 climate summit in Egypt have been warned they may be subject to spying by Egyptian security agents, with United Nations officers on Monday confirming they're looking into allegations of surveillance and misconduct by Egyptian police.

Activists, rights defenders and civil society groups have raised concerns about being under surveillance during their time at the summit, which opened on 6 November at the Red Sea resort city of Sharm al-Sheikh.

Earlier reports said German federal police, the BKA, earlier had warned their nation's delegation by email of "overt and covert surveillance through photography and videography" by Egyptian agents.

The UN Department for Safety and Security, which works with Egyptian police to secure the summit, said on Monday it had "been made aware of allegations" of violations of the code of conduct and was "investigating”.

But Wael Aboulmagd, representative of Egypt's presidency of the COP27 said the allegations were "ludicrous", he told reporters.

"Some people we've been talking to, from the developing world in particular, are tired of these apparently intentional distractions from climate issues," Aboulmagd said.

Fattah is serving a five-year prison sentence for "spreading false news" by sharing a Facebook post about police brutality.

Seven months into a hunger strike, Abdel Fattah began refusing water on 6 November as world leaders arrived for Cop27 to protest the conditions he said he and about 60,000 other political prisoners faced in the Egypt.

Attending the summit to campaign for her brother's release, Seif was last week heckled by pro-government attendees, who called Fattah a "criminal" and not a "political prisoner".

Egypt has come under fire during the summit over its human rights record, with the fate of Fattah grabbing attention.