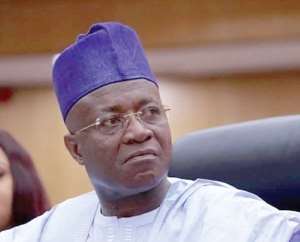 The Majority Leader Osei Kyei-Mensa-Bonsu has described a suggestion by the Member of Parliament (MP) for Asuogyaman, Ampen Thomas Nyarko, for members of the legislature to work from home due to the increasing price of fuel in the country as “unfortunate.”

Speaking on the floor of Parliament, Friday, 4 November 2022, the Asuogyaman MP had called on Speaker Alban Bagbin to consider having members of the house come into the house for longer hours to attend to the business of the day instead of for short periods daily.

The Asuogyaman MP in making the request said: “I walked out to the shop to buy something when I came back, GHS3000 was my bill, 3000, Mr Speaker. I had GHS2,100, I had to call my colleague, Honourable Jajah to send me money through the momo that I’m avoiding to use before I was able to pay my bills.

“So Mr Speaker, looking at the kind of business that we have, is it not possible, we can stay for six hours a day instead of coming 2 hours we go back, drive here 2 hours we go back? Pack the day, if it’s even 8 hours we’ll be willing to stay to do the business for like 2 days. That way we can save like GHS500 on fuel every week.”

He stressed that his proposal falls in line with that of former President John Dramani Mahama who proposed that organisations allow their staff who can work from home to do so due to the fuel situation in the country.

Reacting, the Majority leader noted that he could not relate to the Asuogyaman MP, Mr Nyarko’s, submissions.

“Mr Speaker, well I don’t know the quantum of fuel that his own vehicle is able to absorb so I’m not in a position to comment on the amount that he spent. If your vehicle has a capacity to store about a barrel of fuel and you buy GHS3000, Mr Speaker, I may not be in any position to sympathise or maybe shed tears for you,” Mr Kyei-Mensa-Bonsu stated.

The Majority leader, who admitted that fuel prices have “escalated dramatically,” however noted that the suggestion by the Asuogyaman MP could have dire consequences on the productivity of the house and on the entire country.

He was categorical when he said that the Asuogyaman MP, Mr Nyarko: “says that President Mahama has made a request that people should be working from home. There’s only one president in this country, one executive President and nobody can pretend to share power with that President whether it’s a former president or a future president.”