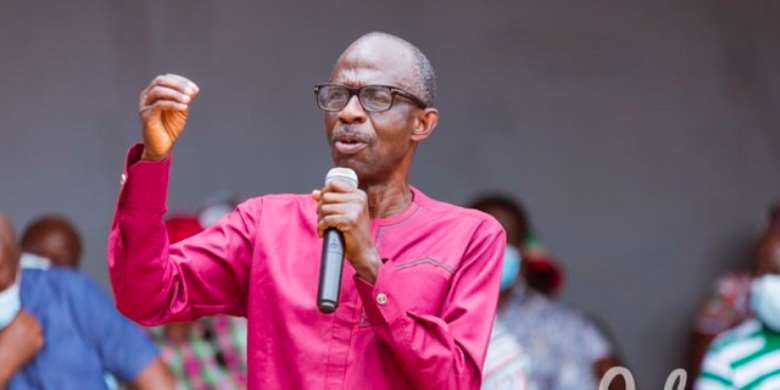 The leadership of the National Democratic Congress (NDC) has strongly condemned the attack by some thugs on the party’s office in Accra.

On Monday, October 31, some unidentified men in red stormed the party’s headquarters at Adabraka in Accra.

The group who appeared aggrieved managed to enter the 3rd-floor office of the Deputy General Secretary, Barbara Serwaa Asamoah and removed a prepaid meter.

In a press release reacting to the incident, the NDC has stressed that it will not spare the perpetrators.

The release signed by General Secretary Johnson Asiedu Nketia notes that the thugs will be dealt with in accordance with the party laws once they are all identified.

“The Leadership of the NDC wish to condemn in no uncertain terms this blatant act of thuggery and criminality and will take immediate steps to involve the law enforcement agencies to deal with the miscreants and their sponsors,” the NDC release on the incident has said.

It adds, “The party will take additional steps to identify all who entered the premises to carry out this dastardly act and to subject them to the disciplinary measures provided by the party’s constitution

“And any of those elements who are party members will be dealt with without fear or favour in accordance with the laws of the party.”