Experiences of the media in Egypt - Lessons for the FA 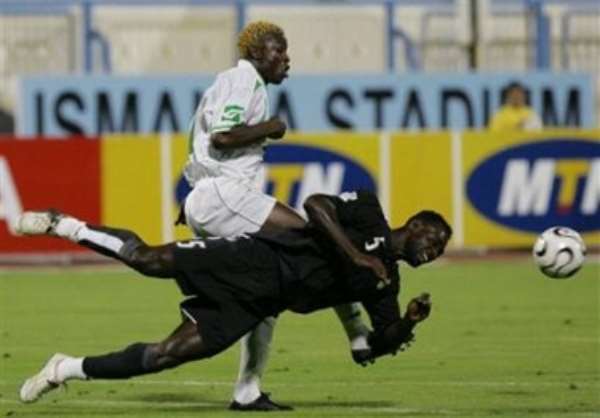 Some Ghanaian journalists who represented the various media houses in the just ended African Cup of Nations in Egypt are unhappy about the limited access they were gained to the camp of the Blacks Stars as against their foreign counterparts. The journalists complained bitterly about this, as they found that this was not the situation in the camps of the other nations competing in the tournament.

All other national teams accorded full and unlimited access to their men in the media, whereas the reverse was the case for Ghana.

Incredibly, the foreign press even had more access to the Black Stars than the Ghanaian journalists. One would have thought that the GFA and for that matter Ghanaian football has reached the age of maturity and would share a healthy and open relationship with the press who travelled to Egypt in their numbers to give maximum public! ity to the national team, but in reality the Ghanaian camp shunned its own journalists and wrapped itself in secrecy. We were kept in dark as regards the general welfare of the team, morale changes in line-up and all other developments. All attempts by the Ghanaian pressmen to get a team or GFA official to keep us in the know proved futile.

The Nigerian FA organised several briefing sessions for their journalists and even went an extra mile to distribute an assessment sheet to them to access their team.Personally i think that work for Coach Eguavon in their match agains Senegal.The Nigerian press at a point protested about their strikers and even refused to take "EBA" offered them by the Nigerian FA. Had the GFA forgotten the popular adage in Akan that "nea oretwa kwan no inim se nekyer akyia" literally meaning that the person cutting the path does not know that his back is crooked?

Sometimes it takes other people to look at issues from other angles to give a fair assessment of a situation. It is surprising that the four times African champions have no experience in terms of media relation. It is high time the GFA began to establish a good relation with Ghanaian journalists, who are partners in the advancement of Football. In recent times, the best Ghana has come close in the Nations cup was in1992 when they played La Cote d'Ivoire in the finals. With drastic changes and a viable development plan, we can't lift Ghanaian football from the doldrums. Everyone thought the Black Stars team was bouncing back to the football scene, but suddenly they dropped dead in Egypt.

Another big problem is the lack of support from the old/retired Ghanaian players.Who is preventing them into the Stars camp? Go to the Nigerian camp and you would see that almost all the old players who contributed in the Nigerian Olympic gold team supporting their national team.Ike Shorumu,Samson Siasiua,Daniel Amokachi etc.&nbs! p;I had the chance of visiting the Egyptian and the Cameroonian teams and it was impressive to see the way old players supported and motivated the boys before each match. Where were the old players apart from the Goalkeeper's trainer Edward Ansah who is part of the Ghanaian technical team and Tony Baffoe who paid the stars a visit before the Stars - Senegal game? Where are Frimpong Manso, Abedi Pele, Tony Yeboah, Akwasi Appiah and others who could have helped in motivating the boys?

The GFA needs a seasoned PR officer or journalist who will liase between the team and the media. Almost all the teams present in Egypt had one or more. I tried speaking with Samuel Eto'o and you could see how organized their FA media machinery was working. But the way,what happened to press accreditations for the World Cup?A word to the wise is in Egypt. Micky Charles KASAPA RADIO,LONDON Views expressed by the author(s) do not necessarily reflect those of GhanaHomePage.