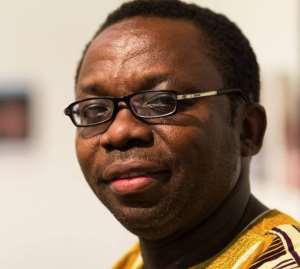 This question has become pertinent given recent developments in the course of arranging a lecture for a guest professor from the US. This professor who holds a master's degree in public health and another in education is visiting Nigeria and agreed to deliver some lectures for free on witchcraft accusations and public health in Africa. I thought this lecture would be of enormous benefit to our institutions of learning. This learned gentleman wants to use the lecture to add his voice to the efforts and initiatives of the Advocacy for Alleged Witches to stamp out abuses linked to witchcraft beliefs and ritual attacks. With a vast knowledge and experience in explaining, and critically situating magical and paranormal issues, this professor would, through his lectures, equip students with insights into addressing misinformation linked to witchcraft belief. He is the author, co-author, or contributor to twenty-five books and has won awards for his books, films, and podcasts. The professor also co-founded two podcasts including Squaring the Strange. Drawing on his background and two decades of experience in public health, folklore, education, and psychology, he will discuss approaches to fighting magical thinking and harmful misinformation, especially in an African context. What a resourceful individual!

The professor plans to be in Nigeria for a week So to maximize his stay, I have approached a couple of tertiary institutions in Ibadan to arrange some lectures. I have contacted the School of Medical Laboratory in Oluyoro, and the School of Health Technology in Eleyele. I have also sent proposals to heads of departments of education, sociology, and medical sciences, and the Vice Chancellor at Lead City University. I have also approached the office of the French Institute for African Research at the University of Ibadan. To my greatest shock, I have yet to receive any positive response. In all cases, they promised to get back to me but they never did, not even a phone call. The silence has been such that I have started linking it to an emerging trend in our universities these days. This trend makes the discussion of witchcraft taboo.

Otherwise, I have been wondering why there has been no response from any of these institutions; why no department has welcomed this opportunity to share ideas and interact with a professor at no cost to the students or the institution. I cannot fathom this acute disdain or fear of an idea, or a topic by schoolers. I have concluded that witchcraft has become a taboo topic in schools. And this is tragic. This development is bad for our schools, students, and youths. I have yet to understand why any institution would turn down or refuse to welcome a proposal for a free lecture on witchcraft and public health.

But recent happenings provide some insight into this development. There is a pervasive fear of witchcraft in schools and society at large. In September, the police disrupted a seminar on witch persecution in Benue state because they claimed that they received some intelligence that it was a meeting of witches and wizards. In 2019, some Christian students protested the organization of an academic conference on witchcraft beliefs and practices at the University of Nigeria Nsukka in southern Nigeria. The students, with the support of Christian clerics, opposed the program stating that it was an open invitation to witches and wizards to the campus. The protest forced organizers to change the venue and theme of the program. But the event eventually went ahead.

It appears that this disease is spreading to other campuses. Hence, no department or institution in Ibadan has agreed to host a lecture on witchcraft accusations and public health in Africa. It could be that the heads of these institutions or departments are witchcraft believers. So they would not want to facilitate a lecture on such a dreadful topic. It could also be that those who direct these agencies are not believers but are afraid of a backlash from witch believing staff and students. Sometime ago, a school manager in Lagos invited me to do a program for her students. In the course of our discussion, she said: "Please, Leo, do not come here to tell my students that witchcraft is superstition or witches do not exist". My reaction was: Really?

Leo Igwe holds a doctoral degree in religious studies, wrote his doctoral thesis on witchcraft accusations in Northern Ghana and directs the Advocacy for Alleged Witches.