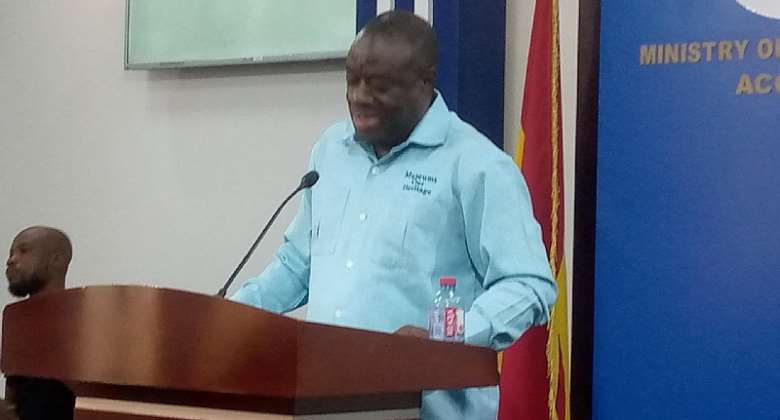 The Government of Ghana with support from the World Bank is spending GHS350 million to modernise tourist attractions across the country, Dr Awal Mohammed, the Tourism Minister, has said.

He said the initiative was in line with Government’s commitment to make the tourism sector a veritable tool for economic transformation, thereby contributing to job creation and wealth of the people.

In a press briefing at the Information Ministry, the Minister said the conscious efforts made towards the various areas of the sector were to make the sector the highest contributor of Ghana’s Gross Domestic Product from its current third position.

He said sites undergoing stages of development were the Pikworo Heritage and the Slave Camp, which is in Paga Mania and currently at phase one of the development, the Yaa Asantewaa Museum at Ejisu in the Ashanti Region, whose rehabilitation was expected to be completed in the first quarter of 2023.

He said the Kwame Nkrumah Memorial Park was also being worked on and earmarked for completion and reopening in March 2023.

The Minister said the Cape Coast and Elmina Castles, Shai Hills, Mole Park and the W.E.B Du Bois Centre were yet to be rehabilitated.

Dr Awal said Ghana’s potential and achievements in the creative industry was huge and stated the Government's plan to construct five multipurpose domes or amphitheaters.

He said the country’s Cultural Policy and the Development of Tourism policy were being reviewed to boost tourism and create value.

“Ghana has a comparative advantage in tourism and hospitality in West Africa. About 65 per cent of all edifices used during the slave trade are located in Ghana, which can be used to boost heritage tourism,” he stated.