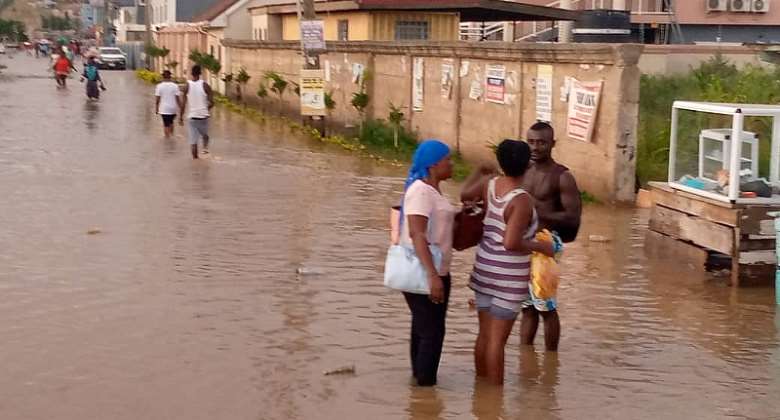 55-year-old welder has been found dead in the Weija floods at Tetegu in the Weija-Gbawe Municipality.

The deceased, Kwashe Addi, was found dead Thursday afternoon, October 06, 2022 after being trapped in floodwaters.

Mr Seth Wornyah, brother of the deceased, said they had been looking for him since the floods started.

He recounted that when the place (house) first got flooded, they, the brothers, evacuated member of the household to a safe haven, including the deceased.

However, he said, the deceased left the place and went missing until they found him lying dead in a room after days of searching for him.

Mr Wornyah said they took the remains to the Tetegu Police Station and later to the Police Hospital Mortuary.

Meanwhile, Mr Emmanuel Adu-Boahen, Weija-Gbawe Municipal National Disaster Management Organisation (NADMO) Coordinator, said they were yet to receive a report on the issue from the family.

In the early hours of Tuesday, October 04, 2022, some communities within the Weija-Gbawe Municipality got flooded following spillage from the Weija Dam.

The Weija Dam was opened by the Ghana Water Company Limited following an overflow from the Densu River and other tributaries.