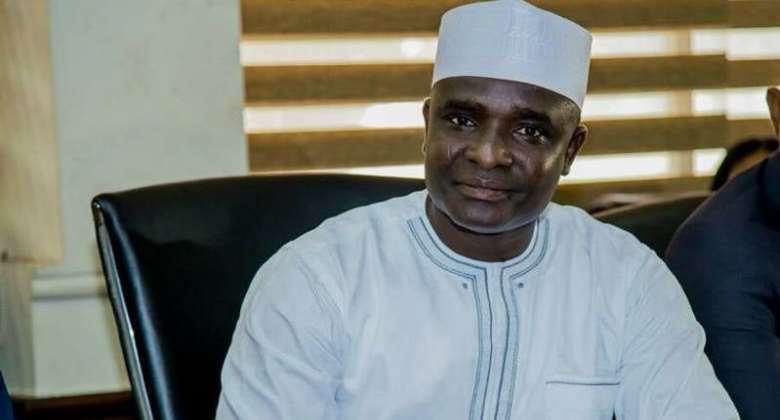 The Deputy Communications Director of the NPP, Kamaldeen Abdulai has condemned the National Democracy (NDC) for what he says is their unfounded downplaying of President Akufo-Addo’s committed fight against illegal mining, otherwise known as galamsey.

The opposition party at a press conference in Accra on Thursday accused the President of being unwilling to tackle galamsey contrary to what he has been telling Ghanaians.

National Communications Officer of the party, Sammy Gyamfi who addressed the media alleged that the claims by the government that it is committed to fighting galamsey are just a scam and nothing else.

But speaking to Starr News, Kamaldeen Abdulai has urged Ghanaians to ignore the claims by the NDC.

He insists that President AKufo-Addo is committed to the fight against galamsey while calling for a hands-on-deck approach to help government win the fight and stop the damage illegal mining is causing.

“…First of all who brought to prominence this call for a fight against galamsey? it is the New Patriotic Party and the President. He thought it wise in 2017 to have said our environment is suffering, and our people are destroying the water bodies in the name of illegal mining. There’s a need for all of us to come on board to fight this canker,” the NPP Deputy Communications Officer said.

Kamaldeen Abdulai added, “The fact that you have even intended as the President of the Republic of Ghana to fight that nefarious activity head-on, that alone deserves commendation. At the just-ended meeting in Kumasi, he mentioned that and that he has shown his commitment to it.”

On Wednesday, President Nana Addo Dankwa Akufo-Addo held meetings with the National House of Chiefs and MMDCEs in Kumasi.

During the meetings to discuss the galamsey menace, he called for support to fight galamsey.