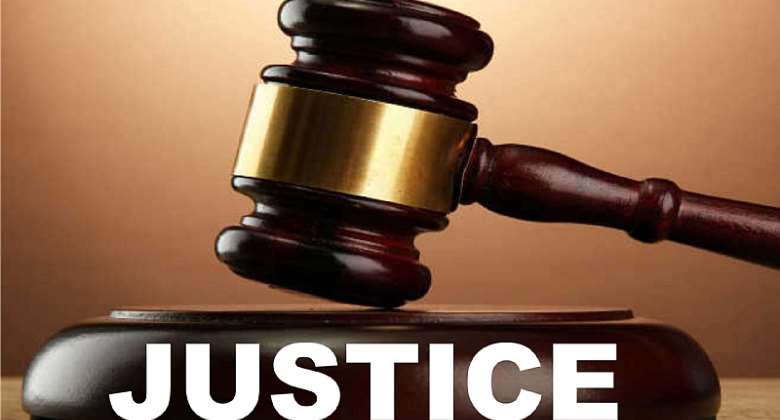 A 19-year-old Okada Rider has been remanded into Police custody by an Accra Circuit Court for allegedly robbing a carpenter of his iPhone 8 Plus mobile phone.

Ibrahim Hayford is said to have committed the act with one Sadik, now at large.

Charged with conspiracy to rob and robbery, Hayford has pleaded not guilty.

He is expected to reappear on October 4.

Inspector Lawer said on September 16, this year at about 8:30 pm, the complainant and his brother Emmanuel Adjetey closed from work at Dansoman, 14th Close, and they were on their way home.

On reaching a spot near the Greater Accra Poultry Farmers Association GAPFA) bus Stop popularly known as Blue Lagoon Bus Stop, they decided to engage the services of a bolt car to take them from Dansoman to Teshie.

Prosecution said the complainant removed his phone to call the Bolt driver.

It said Hayford and his accomplice Sadik, who were on a Royal 125 motorbike with registration number M21-GE- 8062, climbed the pedestrian walkway and snatched the complainant's iPhone 8 plus valued GHS1,800 from him and they sped off towards Sakaman Traffic Light.

Prosecution said the complainant's brother raised the alarm and the accused on reaching the Sakaman Police Barrier, was nabbed but his accomplice escaped.

I’ll divorce my husband if he asks me for sex after three we...
1 hour ago