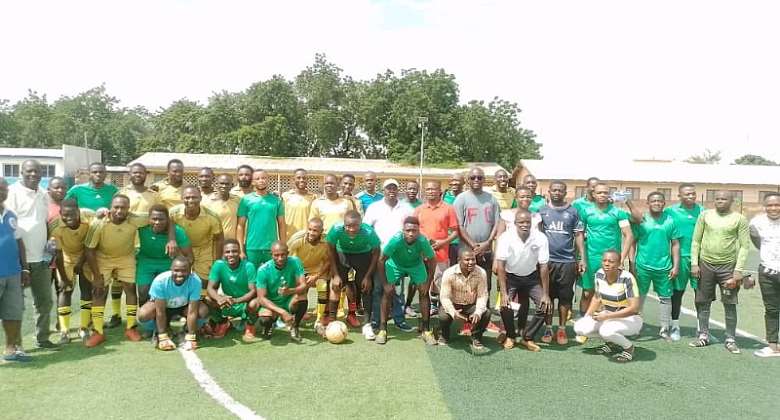 The Upper East Regional branch of the Health Service Workers Union (HSWU) of the Trade Union Congress (TUC) have organized fun games at St John’s Park and a clean-up exercise at the Regional Hospital as part of activities marking its 13th Annual Week Anniversary and also in commemoration of the founder's day.

The fun games, football march and volleyball were held between sister Unions; the Ghana Registered Nurse and Midwives Association (GRNMA), NAGRAT and MELPWU among others under the theme, “The Role of the Union in Promoting Socio-economic wellbeing of Members in times of economic Crisis.”

The Anniversary celebration will be climaxed with a blood donation exercise on the 22nd of September 2022 at the Bolgatanga Regional Hospital.

In an interview with our Correspondent in Bolgatanga, the Upper East Regional Industrial Relations Officer (IRO) of the Health Service Workers Union, Joseph Jones Paa Kwasi Boakye Nomocle, stated that in recognition of the theme for the celebration, they choose the Regional Hospital for the clean-up exercise and to donate blood to feed the Regional Blood Bank to saves lives.

Mr. Nomocle added that it has become important and necessary that since the Regional Hospital receives volumes of patience as a referral centre, there is the need for enough blood in view of gynaecological cases and deliveries.

The Regional Industrial Relations Officer, however, explained that the blood donation exercise will include free screening for other health conditions at one’s request. He, therefore, advised all and sundry to avail themselves to help save lives.

He indicated there will be other guest speakers who will educate Union members on the need to join the union and the benefits thereof. They will equally school members how to invest in other areas in order not to rely solely on one’s salary only to retire poor. He emphasised that the IRO is very proactive in handling workers' issues.