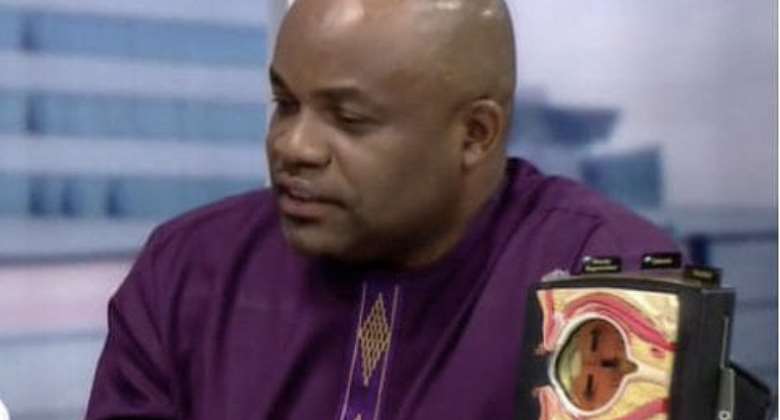 As it is well known that "too much of anything is bad," an eye expert has revealed that having sex on a regular basis can have an adverse effect on one's eyes.

Speaking on Accra-based GTV's Breakfast show, monitored by Modernghana News, the expert explained that excessive intercourse can cause eye bleeding, which can eventually lead to loss of vision.

“Yes it could affect it because in sex sometimes when you have orgasm your BP can go up so if you are ready again you may have bleeding in the eyes. You have to be careful, you have to be easy.

“Yes the enjoyment is in the orgasm but there are people who have had orgasms and they have had stroke. Because when you have an orgasm, your BP goes up actually.

"So if you already have BP and your BP is not controlled and you have orgasm then it goes higher. And that one can lead to bleeding in the eyes and even stroke,” he said.

He further cautioned “yes you have to be careful because BP leads to bleeding in the eye. I mean I watched a movie where someone had an orgasm and then he passed out and that was the end of it.”

The Ophthalmologist added, “They could but I mean they have to, BP when you have BP you go to the hospital, they give you medication to control. Once it is controlled, there’s no problem.”