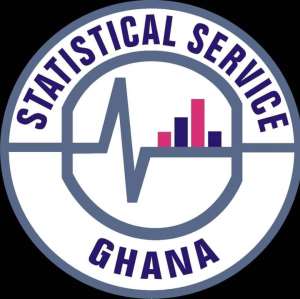 Ghana Statistical Service (GSS) has launched the 2022 Ghana Annual Household Income and Expenditure Survey (AHIES) report which seeks to support the design, implementation and monitoring of international and national policies.

The first and second quarter reports, which were launched in Accra on Thursday aim to provide nationally and regionally representative disaggregated data on the expenditure income and living conditions of the households in Ghana to support decision-making for development.

The 2022 AHIES is the first of a series of reports that will regularly provide representative panel data at the national and regional levels on expenditure, income and living conditions of households and individuals in the country.

Speaking at the launch, the Government Statistician, Prof. Samuel Kobina Annim, noted that the primary rationale of the AHIES is to improve the measurement of Gross Domestic Product (GDP).

“The pathways of using AHIES to improve the measurement of GDP include the use of near-real-time data to capture Household Final Consumption Expenditure (HFCE) instead of using estimates and to generate quarterly and sub-national estimates for GDP,” he added

He stressed that the AHIES would also measure monetary and non-monetary poverty, compute food security and estimate labour statistics.

“The report also seeks to identify labour transitions and identify households and individuals burdened with multiple socio-economic challenges,” he added.

He disclosed that data collection for the AHIES report is quarterly and would be conducted over three years (January 2022 to December 2024), with the sample for the second year (2023) nested in the conduct of the Ghana Living Standards Survey Eight (GLSS-8).

On his part, the Director for Monitoring and Evaluation and Public Enterprises at the Vice President’s secretariat, Office of the President, Prof. Kwaku Appiah-Adu, commended the GSS for conducting the AHIES which is generating timely and relevant data for policy planning.

“The comprehensive quarterly labour force, food insecurity and multi-dimensional poverty report obtained will support the government in evidence-based decision making and policy design of its programmes and projects for development and a more robust outlook of the Ghanaian economy,” he emphasised.