Assurance Committee to hold ministers to their promises 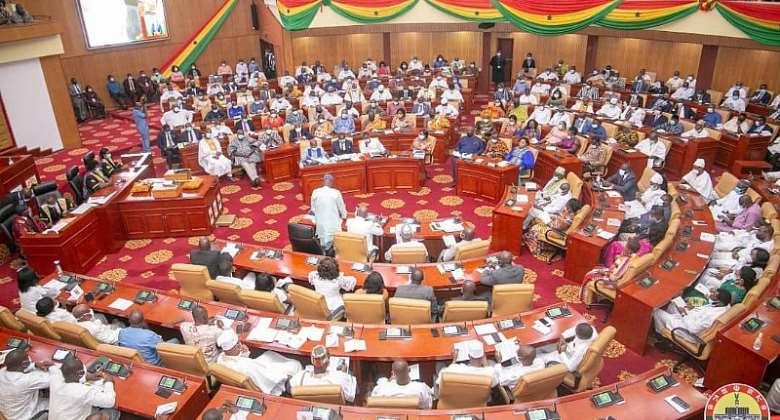 The Government Assurance Committee of Parliament, will ensure that all pledges made by ministers on the floor of the House are carried out to the letter for the benefit of the people.

Madam Cynthia Mamle Morrison, the Chairperson of the Government Assurance Committee of Parliament, therefore, urged Ghanaians to cooperate with the Committee to ensure that state resources were used efficiently for the benefit of Ghanaians.

The Chairperson said this at the Committee's sitting in Accra to carry out its mandate of pursuing all assurances, promises and undertakings given by ministers on the floor of Parliament from time to time.

She said one of the ways by which Parliament performs its oversight functions effectively was through the Government Assurance Committee.

The Committee is charged with pursuing all assurances, promises and undertakings given by Ministers on the floor of the House from time to time in responds to questions from Members of Parliament (MPs) as pertain to section 174 (2) of the Standing Orders of Parliament.

“There is no doubt that this public hearing is a very important exercise because it would lead to the efficient management of the resources of the state. But for this to happen, there is the need to effectively monitor the officials who are entrusted with these resources,” Madam Morrison said.

“Again, this public hearing, would strengthen the trust that people have in the Government and their elected representatives in Parliament.”

“One other benefit of this public hearing, which unfortunately sometimes goes unnoticed is that it provides the platform for the various ministries to let the public know the various projects they are undertaking in the country,” she stated.

“I would like to state that the oversight functions being carried out by the Legislature through the Government Assurance Committee should not be interpreted as a witch hunt.”

She said the Committee was conscious of its enormous responsibilities as provided for in the Standing Orders of the House and to ensure that all assurances made by the ministers on the floor of the House were carried out to the letter for the benefit of the people of the country.

Mr John Kwabena Bless Oti, Ranking Member of the Government Assurance Committee, said the Committee would pursue and follow up on all assurances that had been fulfilled to enable the members verify for themselves.

At the Committee's sitting to respond to issues was Dr Yaw Osei Adutwum, the Minister of Education.

The Chairperson informed the Committee that Madam Mavis Hawa Koomson, the Minister of Fisheries and Aquaculture Development, who was billed to appear before the Committee, was indisposed and would appear at a later date.