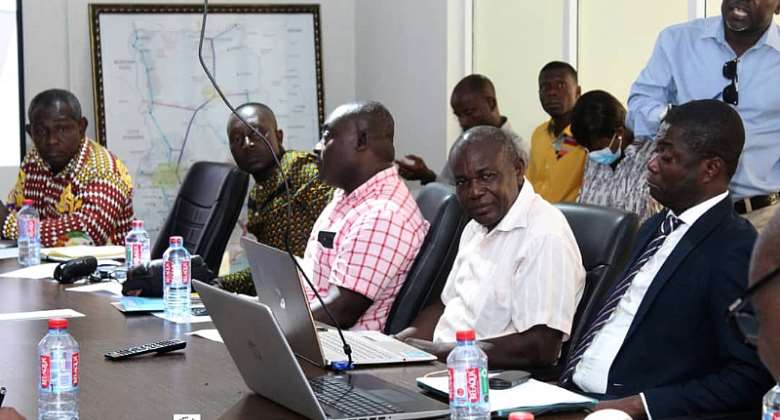 The Board of the Ghana Railways Company Limited has engaged Union members on the progress of the $3.2 billion loan facility for the expansion of a segment of the lines.

The engagement, a second in a row, saw the Board Chairman, Mr Daniel Kwame Adzogbe, espousing the various progress made with the Thelo DB consortium and how soon the government would reach an agreement.

The Facility, according to him, would aid in the construction of the Western Railway line, spanning 339 kilometres from Takoradi Port to Kumasi.

At present, only 66 kilometres of that stretch of line was operational, he added.

Mr Godwill Ntarmah, the Union Secretary, described the engagement with the Board as a fruitful and good eye on the stages reached with the draft document on the acquisition of the facility to improve upon the rail sector.

He noted how the company had been in distress adding, “…and so if a huge amount of money like this is going to be invested into the railway sector to make sure we have a perfect line, we are for it.”

He continued “we have the locomotives to run, we have the trucks, all we may need is refresher training of workers and that sort of thing …we support it wholly.”

The Union Secretary, therefore, called on the Attorney General, and the Minister of Finance, who were looking through the draft contract, to make sure everything was in order, “and that we continue to support it to make sure it comes to fruition”.

He said as a Union all possible and needed questions had been asked to ensure that rough edges were smoothened for better arrangements, adding “we don’t need a contract and tomorrow there will be court issues.”