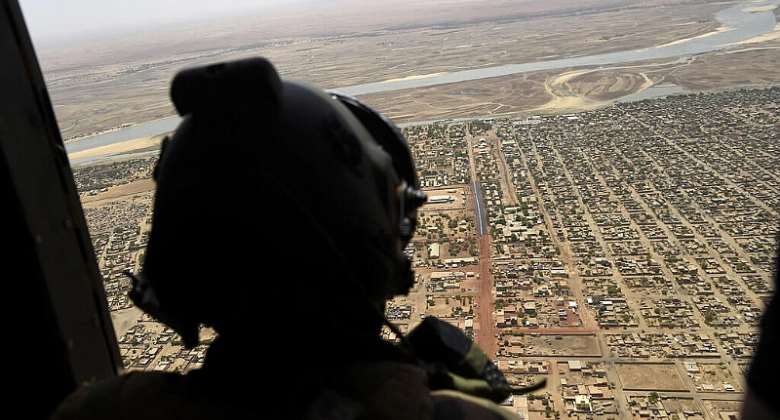 France on Thursday condemned "increasing manipulation of information" about its military withdrawal from its former colony Mali, where the military junta this week accused it of backing jihadists.

A French foreign ministry spokesman said manipulated information "must not distract any attention from the worsening security and humanitarian situation" in Mali.

France's last remaining troops quit Mali this week after a nine-year deployment against a jihadist insurgency.

The former colonial power's soldiers were once welcomed, but relations have turned sour following repeated military coups in Bamako.

Malian Foreign Minister Abdoulaye Diop said in a letter to the Chinese presidency of the UN Security Council on Monday that France was committing "acts of aggression".

Diop claimed that French forces committed "repetitive and frequent violations" of Malian airspace, even suggesting that the flights were "to collect intelligence for the benefit of terrorist groups... and to drop arms and ammunition to them".

Mali provided no evidence that France had supplied arms to Islamist groups. France has spent a decade and billions of dollars to stamp out Islamist militants, some with links to al Qaeda and the Islamic State group, in its former colony and across the Sahel region.

"France has obviously never supported, directly or indirectly, these terrorist groups, which remain its designated enemies across the planet," the French embassy in Mali said in a Twitter thread.

Meanwhile the French foreign ministry spokesman said: "France will continue its fight against terrorism in the Sahel and West Africa without letting up."

He added that Paris had shown "full transparency with the Malian armed forces and the partners engaged by our side" during the withdrawal.

The French army said Wednesday that its anti-jihadist Barkhane operation in the Sahel region would retain around 3,000 troops even after the Mali drawdown, many of them based in Niger.

Meanwhile the Bamako junta has brought in support from Russian paramilitaries, believed by France to be "mercenaries" from the pro-Kremlin Wagner group.