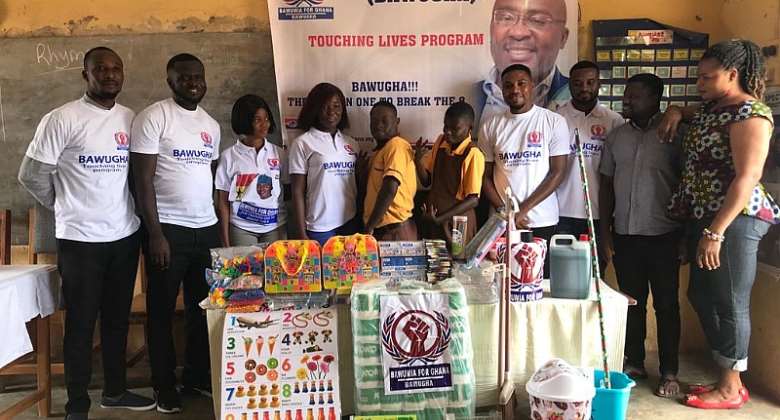 Mr. Emmanuel Mensah, the National Project Coordinator for BAWUGHA noted that the items donated were procured with the approval of the headmaster, teachers and some of the autistic students.

He was certain that the items would go a long way to enhance the social skills, communication and interaction of the beneficiaries.

He mentioned that the donations were under the group (BAWUGHA) touching lives programme which seeks to support the less privileged in societies.

“The beneficiaries agreed on the items they needed and requested BAWUGHA to assist in providing them. These items will support TVET while promoting sanitation and literacy amongst the kids.

"Aside these items, we have pledged to renovate the school urinal to an ultra-modern ablution block befitting of the school. Many more of such programmes will be implemented throughout the country,” he said.

He said some of these children could be extremely useful to the nation with the right kind of care and cited examples of Bill Gates, and other several well-known people who are known to be autistic but are doing very well in society.

Mr. Emmanuel assured that several of such programmes will be organized throughout the country to ameliorate economic hardship whiles showcasing the good work of Dr. Bawumia.

Receiving the items on behalf of the School, the headmaster Mr. James Yeboah expressed gratitude to BAWUGHA and encouraged other philanthropic groups to do same. In all, sixty-four (64) students will benefit from the donation within the school.

In his concluding remarks, Mr Emmanuel Mensah reminded Ghanaians of Dr Bawumia’s contribution to Ghana’s development and urged NPP delegates to give him the nod to become the party’s next flag bearer.