'Why not consider the substance in Twene Jonas’ vulgarity and stop condemning him?' — Manasseh Azure 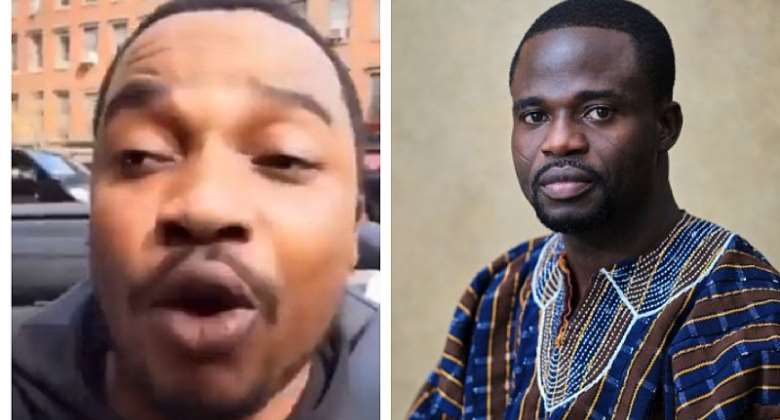 The substantive part of the criticism, he said, must be taken into consideration by the leaders to make sure things are done right.

In a Facebook post, the seasoned journalist wrote, “Twene Jonas is often widely condemned for his vulgarity. But if you take the insults aside and look at the substance of his comparisons, you will agree with him.”

His compliments of Twene Jonas come after he posted a video of his trip to Germany, revealing that their road network and railway industry are flawless.

In his post, Manasseh stated, “In this video, I stepped out of my hotel and wanted to take the "trotro" train to a shopping centre in Bonn, Germany. See what happens under the road.”

He quizzes, “Can we ever get here? How can we when we seem to be retrogressing?”

He continued lamenting that “Are the parts of our cities and towns planned and built in the 1960s and 1970s not better than the settlements we are building today?

“Are the drains of Accra Central not covered while the new settlements, including the East Legons of this world, are built with open gutters?

Manasseh's post concludes “Are we making any attempt to change the narrative beyond challenging the unpleasant truth?”