Ministerial reshuffle: Akufo-Addo will act at the appropriate time, he cares about the country's development — Asabee 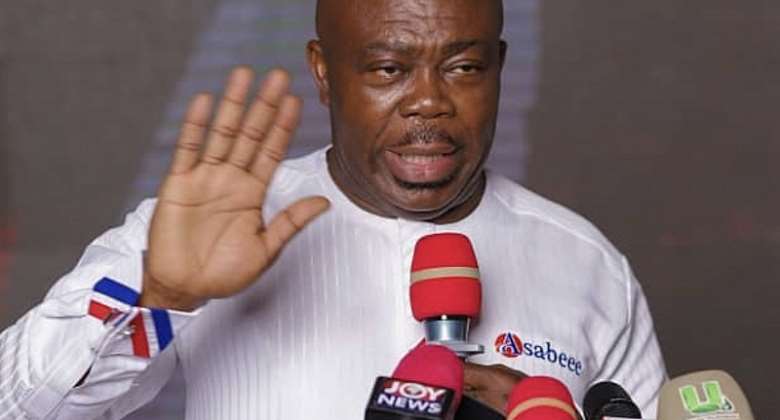 Stephen Asamoah Boateng, widely known as Asabee, the immediate Director-General of the State Interests and Governance Authority (SIGA) believes Ghanaians are over-reacting to President Akufo-Addo to reshuffle his ministers.

He said the President will reshuffle his ministers at the right time.

Speaking on Accra-based Asaase radio's Breakfast show on Tuesday, August 2, the former Mfantsiman West Member of Parliament (MP) said “I will ask that people calm down a bit."

Asabee continues “I have been in government before. I was very close to former President J A Kufuor during our time. Sometimes people come up with this reshuffle idea, we think about it, President Kufuor will consider and say this is not the time.”

He explains that “By our constitution, the president is an executive president, he has the prerogative, and we should give him the credit, that at the appropriate time he will act. I am not sure the president wants his government to collapse, that is not his job.”

He adds, “His job is to pull us along and make sure the economy is managed properly and whoever he can find in the party or in Ghana to help him perform a function, he will.”

Many people, including the opposition NDC's National Communications Director Sammy Gyamfi have called for a cabinet reshuffle to remove non-performing such as Finance Minister Ken Ofori-Atta.

According to critics, Ken Ofori-Atta and other ministers are not up to the task following the current economic hardship.

Latest Photo Reports
Catch up with all the political quotes from our politicians.
Advertise here
More from Politics
ModernGhana Links
Ghana’s economic downgrades self-inflicted – Alhassan Suhuyini
Practical reforms is needed in the public sector — Nana Kay
Prioritise interest of Ghanaians over your obsession to stick to power – Fiifi Kwetey to Gov’t
TOP STORIES